Commonly Misdiagnosed Conditions and How to Avoid Misdiagnosis

The Most Commonly Misdiagnosed Conditions

Distribution of Misdiagnosed Events from the “Big Three Study”

A study in 2019 analyzed US malpractice cases from 2006-2015 and found a common trend within them. These records uncovered that nearly 75% of harmful misdiagnoses were a part of what was categorized as the "big three.” These “big three” were cancer, vascular events, and infections. A different study from the Journal of the American Medical Association (JAMA) analyzed malpractice claims, incident reports, ambulatory conferences, and focus groups from 2004-2016 and found similar results in the top ten most common misdiagnoses. All ten could be categorized as either cancer, vascular events, or infections. But why is this the case? What makes these three events so hard to diagnose? 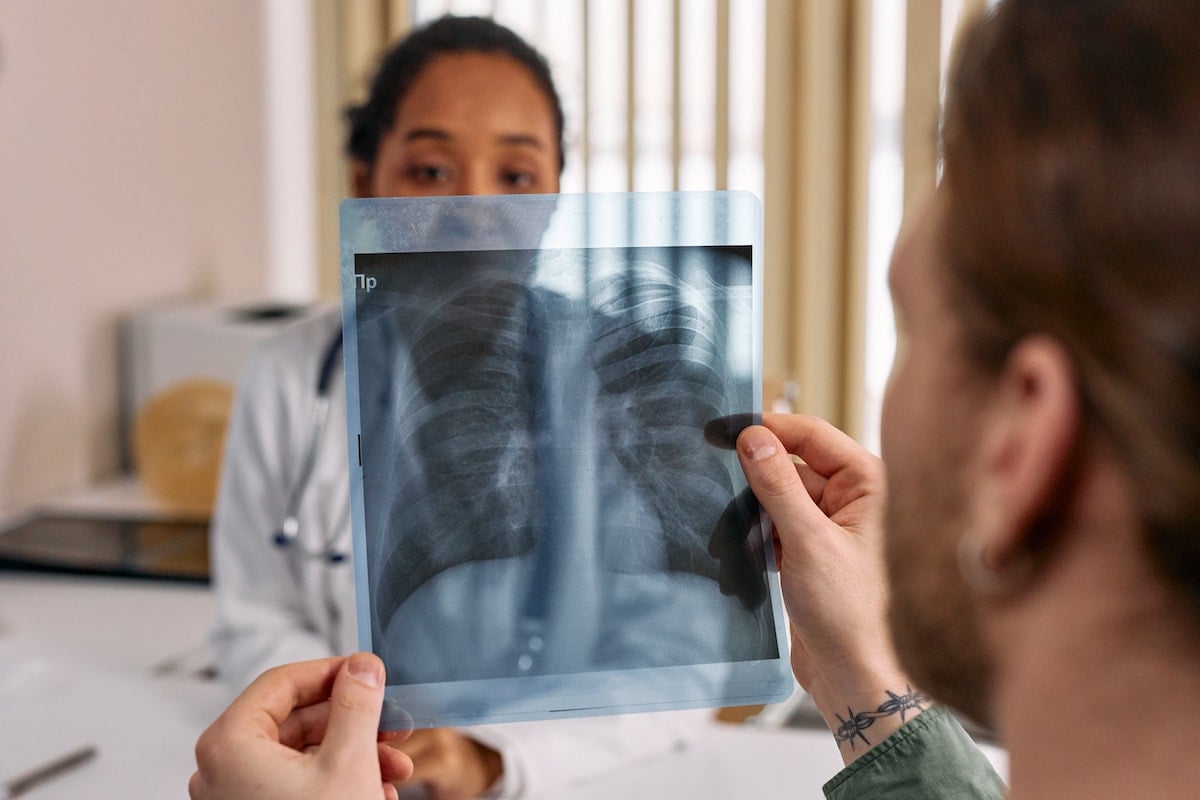 According to the 2019 study, cancer was the most common misdiagnosis out of the “big three.” The most common cancers were lung cancer, breast cancer, colorectal cancer, and prostate cancer.

Cancers can be challenging to diagnose for many reasons. First, they share many similar symptoms with other diseases and conditions and, depending on the type of cancer, are often mistaken for less severe conditions. For example, lung cancer is usually misdiagnosed as pneumonia, asthma, chronic obstructive pulmonary disease, tuberculosis, and more.

For colorectal cancer, younger people are more likely to be diagnosed correctly only at advanced stages. Some reasons for this include that they are less likely to go to the doctor early on and both patients and doctors share a lack of awareness of younger onsets of colorectal cancer. This problem can commonly be seen with other types of cancer as well.

But misdiagnoses can waste precious time, and some people may find themselves finally correctly diagnosed after the cancer has become aggressive and harder to treat.

Younger people, those of racial and ethnic minorities, and women are also more likely to be misdiagnosed for strokes. The reasoning for this is still largely debated. 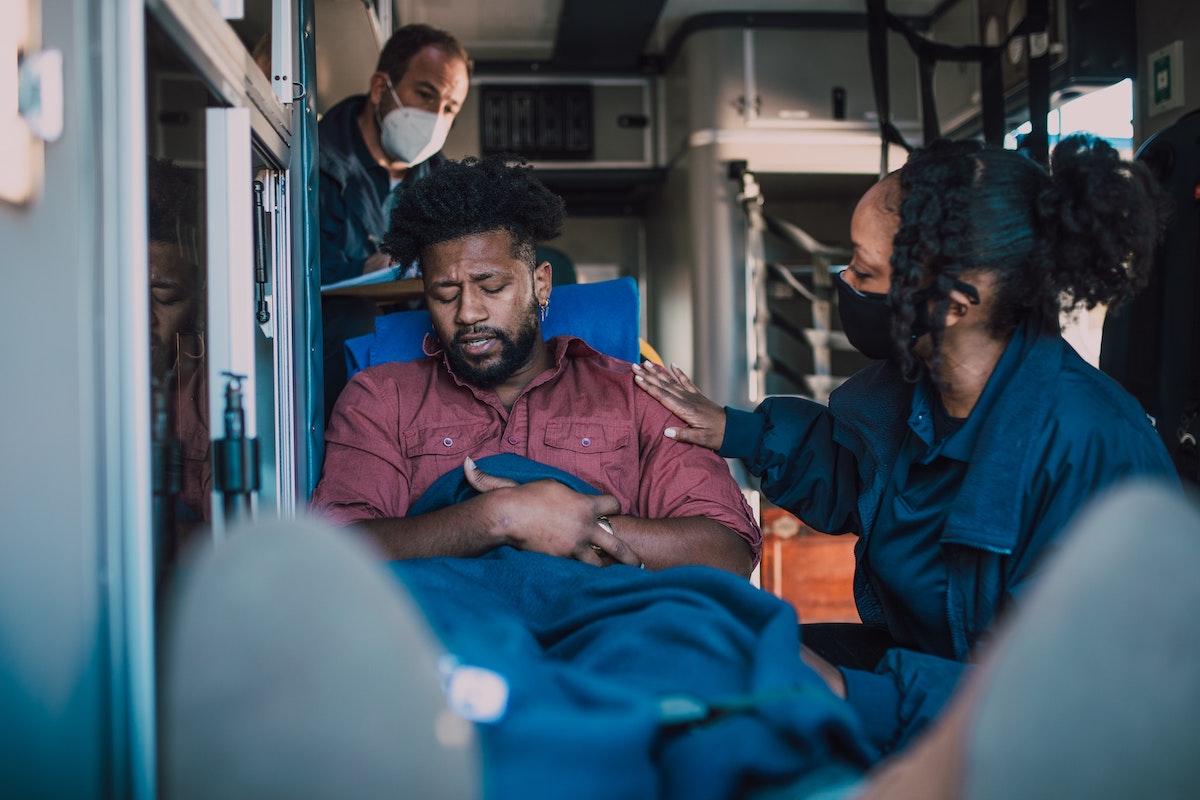 Sepsis is your body's extreme immune response to an infection and can be triggered by existing infections like UTIs, GI infections, etc. This response can be deadly and requires immediate medical attention. According to the CDC, 1 in 3 people who die in a hospital have sepsis.

However, sepsis is also one of the more complicated conditions to treat and requires a quick diagnosis and identification of the infection site. One study in 2019 found that an early misdiagnosis or failure to identify the location of infection doubled the odds of in-hospital mortality.

Lyme disease is a bacterial infection that is carried and spread through ticks. It is also commonly misdiagnosed for several reasons. One reason is that the bacteria that cause lyme is difficult to identify from lab tests. This can lead to a false positive (when the patient instead has a different bacterial infection) or a false negative. Lyme disease is often also misdiagnosed because of how similar it appears to other diseases. Often Lyme disease can be mistaken for fibromyalgia, chronic fatigue syndrome, arthritis, and multiple sclerosis. 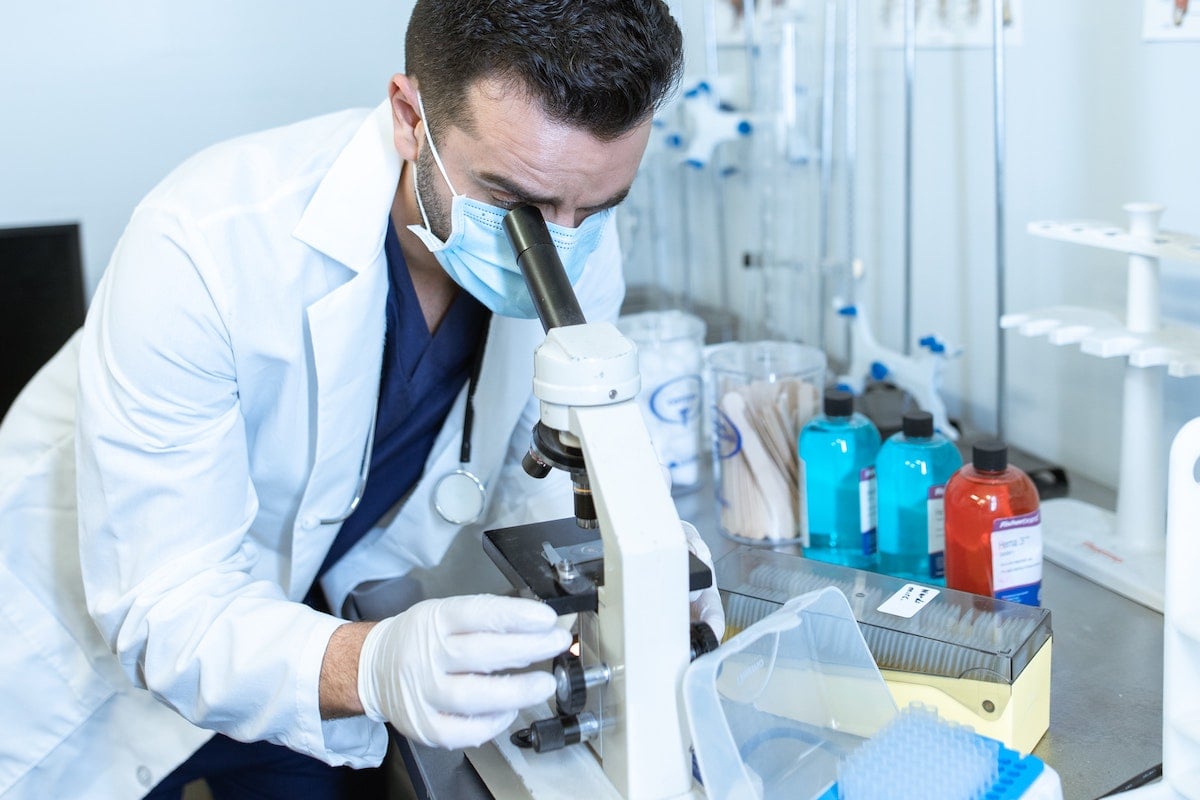 Another large discrepancy occurs when a patient has a positive serologic test, but normal biopsy results, leading to an unclear diagnosis.

Lupus is an autoimmune disease that causes your immune system to mistake your body's normal cells for foreign invaders and attack them, leading to inflammation and organ damage.

A large point of error is in the way lupus is diagnosed. Lupus can be tested using an antinuclear antibodies (ANA) test. However, a positive test does not always indicate lupus. Diseases like fibromyalgia can also have a positive result. Regardless, some doctors unfamiliar with the disease may automatically assume a positive ANA test means lupus.

Another issue with this disease is the slow show of symptoms that some people experience. Symptoms can appear and disappear over months and even years, making it hard to spot the disease's characteristics. Lupus can also appear very similar to and be mistaken with other autoimmune diseases, most commonly rheumatoid arthritis.

How the Medical Field is Trying to Decrease Misdiagnoses 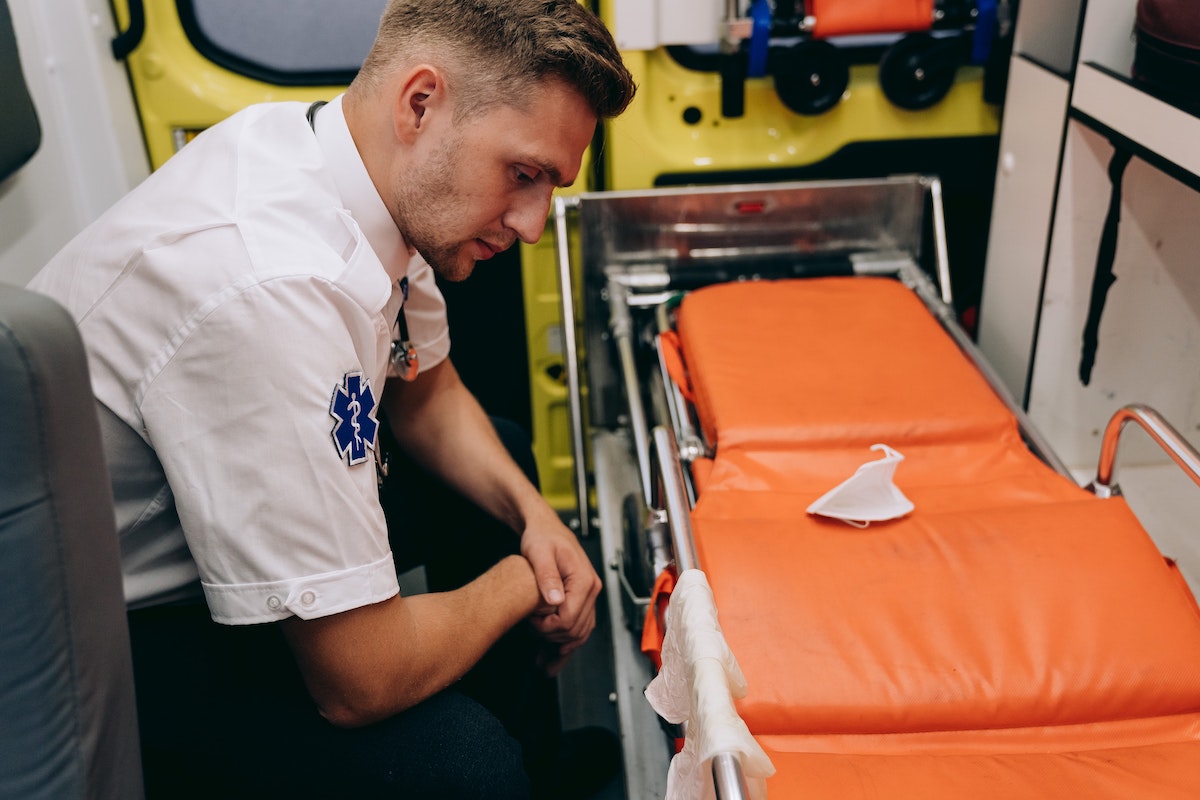 Just as you don't want to be burdened with a misdiagnosis, your doctor probably doesn't want to be the one to misdiagnose you. Most doctors want what is best for the patient and are not interested in being sued.

Because of this, the field of medicine is trying to prevent these misdiagnoses by improving the way diagnosis is taught, improving the technology used in diagnosis, promoting research funding, and more.

It's easy to blame medical staff, but it's important to understand that diseases are complicated, perplexing, and variable. The occupation is also experiencing high burnout rates for various reasons so it’s good to be conscientious of medical staff’s work loads and emotional burdens.

How You Can Lower Your Chances of Misdiagnosis 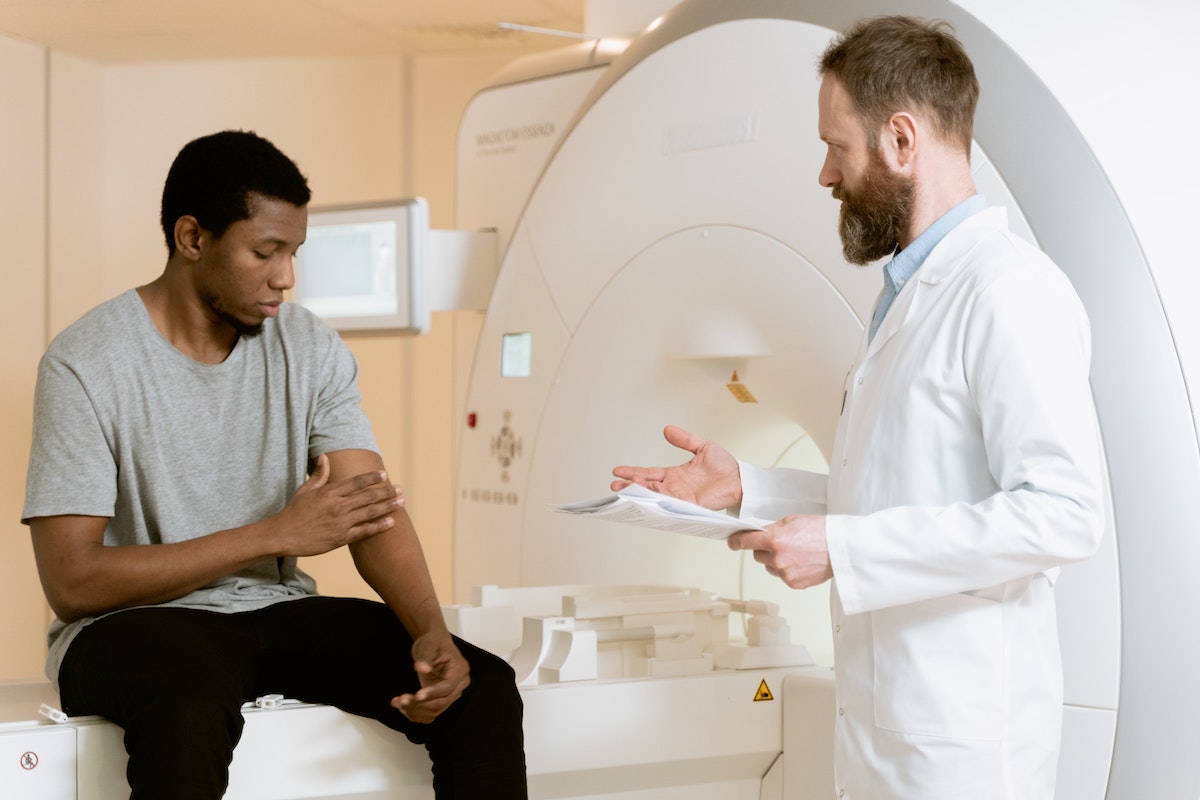 Diagnostic technology is being created and improved constantly, but even so, a lot is still unknown in the realm of medicine. Therefore, as the patient, it's important to do as much as possible to prevent a misdiagnosis.

Young adults are especially susceptible to misdiagnosis. More often, young adults (especially men) neglect to visit the doctor until there is an emergency. As a result, it can be challenging to spot diseases in the early stages (usually when they are easier to treat). For some diseases, early symptoms can appear like typical symptoms for young adults, especially under the guise that cancers, vascular events, etc., only happen to older people.

Additionally, young adults with a family history of certain genetic diseases like cancers and diabetes should inform their medical providers and get screened as often as recommended.

On the other side of the spectrum, older people are also at a higher risk for misdiagnosis. Seniors with memory issues may have difficulty remembering symptoms, past medical history, and directions given by a medical provider.

Older adults are also more likely to take multiple medications at one time. As a result, some misdiagnoses are because two medications taken together are causing a reaction the provider isn't familiar with and may mistake for a condition.

Self-advocacy is a crucial step in preventing these diagnostic errors. Make sure you clearly voice your issues and concerns, correctly provide you and your family's detailed medical history, and keep track of your medications, progress, mental health, and more.

Most appointments are short, so you want to ensure you get the most out of them. Guava can help you stay prepared and ahead of your health. You can use the app to log medications, store your medical records, and keep track of your symptoms so you can confidently answer every and all questions a doctor might ask during your visit. Your doctor can best help you if they understand the full picture.

Lastly, if you feel like your doctor isn't listening to you or keeping your best interests in mind, it could be time to find another doctor or get another opinion. Always listen to your instincts and your body because no one knows you better than yourself.