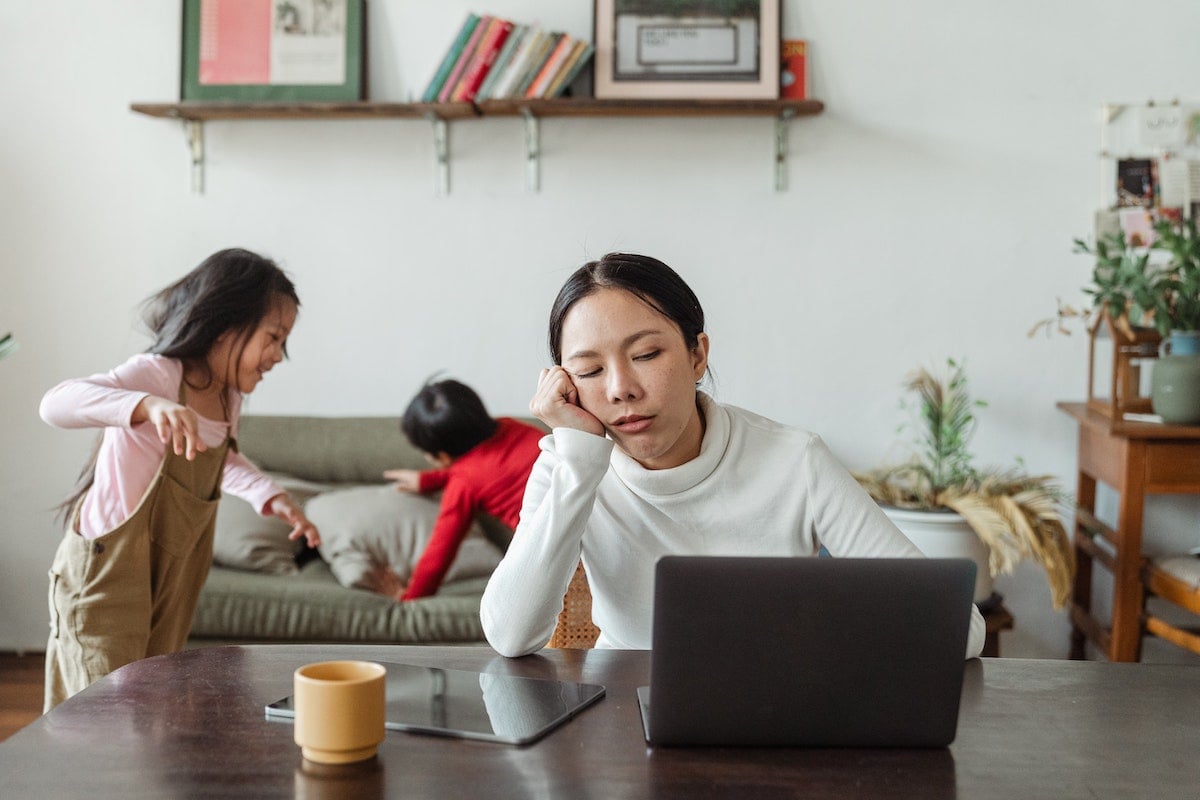 You can probably relate to the picture I'm going to paint. It's around 9 or 10 am; you're bright-eyed and bushy-tailed. You've already had your morning cup of coffee, are sitting comfortably at your computer, and are ready to get productive. But as the hours pass and you type away, 3 pm rolls around, and you now find yourself in a slump. You're tired, your chair suddenly feels like it's made of stone, and you're ready to get back on the couch to start a new episode of Criminal Minds (or whatever you're currently watching). The problem is you're not heading home for at least a couple of hours, and you still have work to do. So now what? Well, there are ways to keep yourself energized and ready to make it through the entire day. Here's a list of 12 things you can try to keep your energy high.

Disclaimer: The studies below are mostly correlations, not guaranteed causations, and are based on averages of many people. This means that your personal health may react differently than in the studies. Therefore, you should talk to your doctor about your specific situation before taking action.

1. Try to exercise (even for a short period). 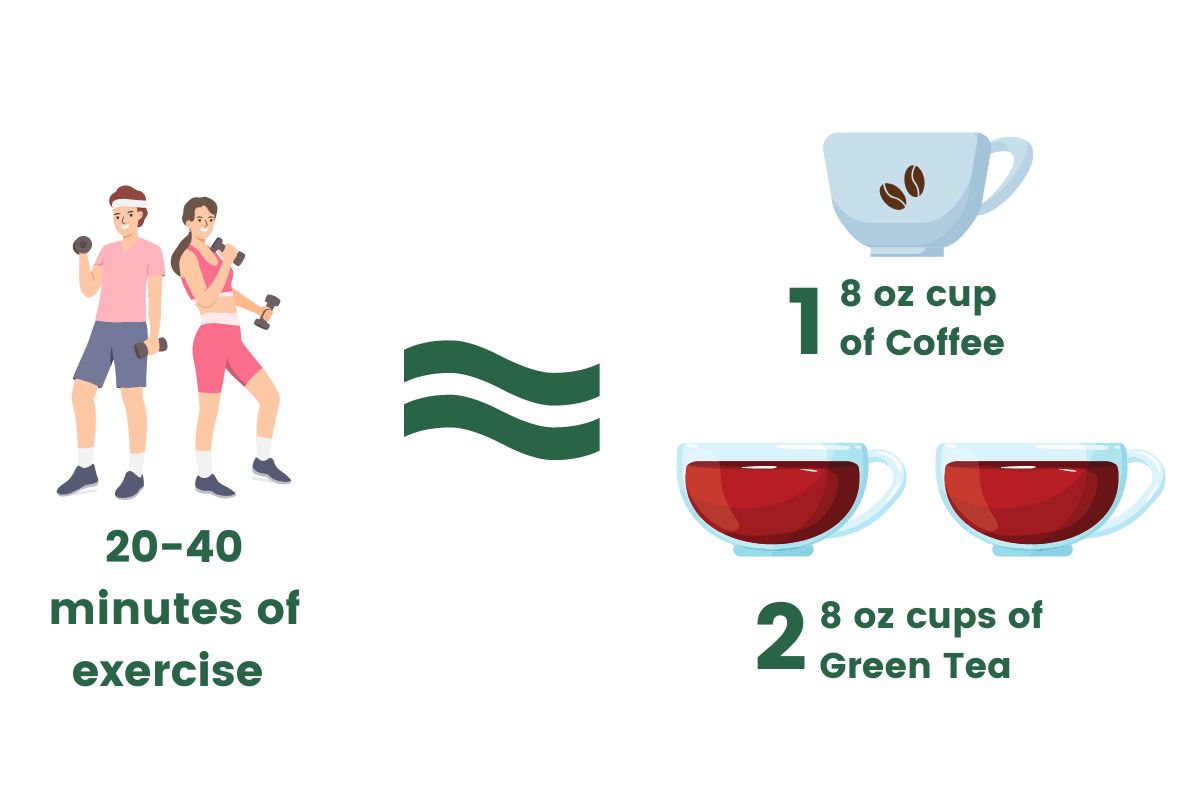 As contradictory as it sounds, exercising is a great way to increase your energy levels. One study that observed the effects of exercise on depressed elders found that ten weeks of resistance training led to a 64.1% increase in feelings of vitality. However, even though moderate-intensity exercise has a more significant effect on your energy level, if you're someone with an overwhelming schedule who rarely has time to hit the gym, never fear. Shorter bouts of exercise still affect tiredness. Studies found that even 20-40 minutes of exercise has about the same effect size as 64 milligrams of caffeine (or an 8 oz cup of coffee).

2. Make sure you're staying hydrated. 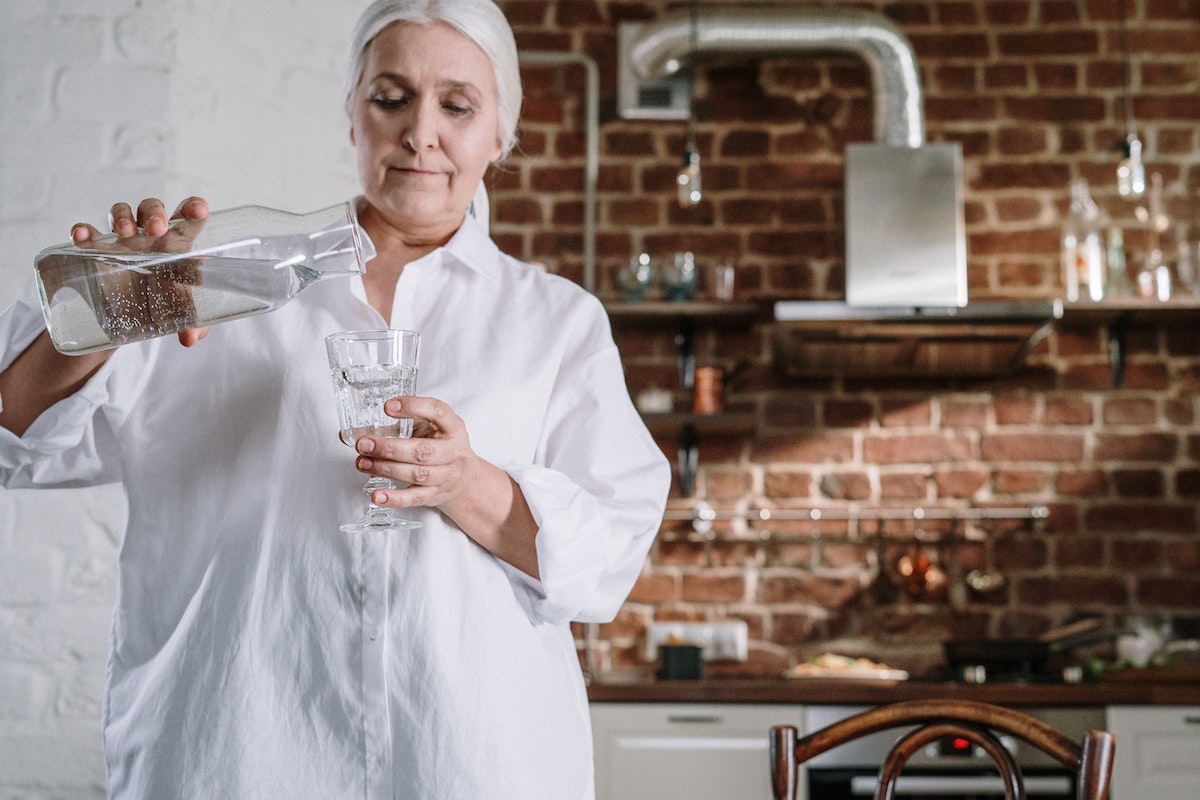 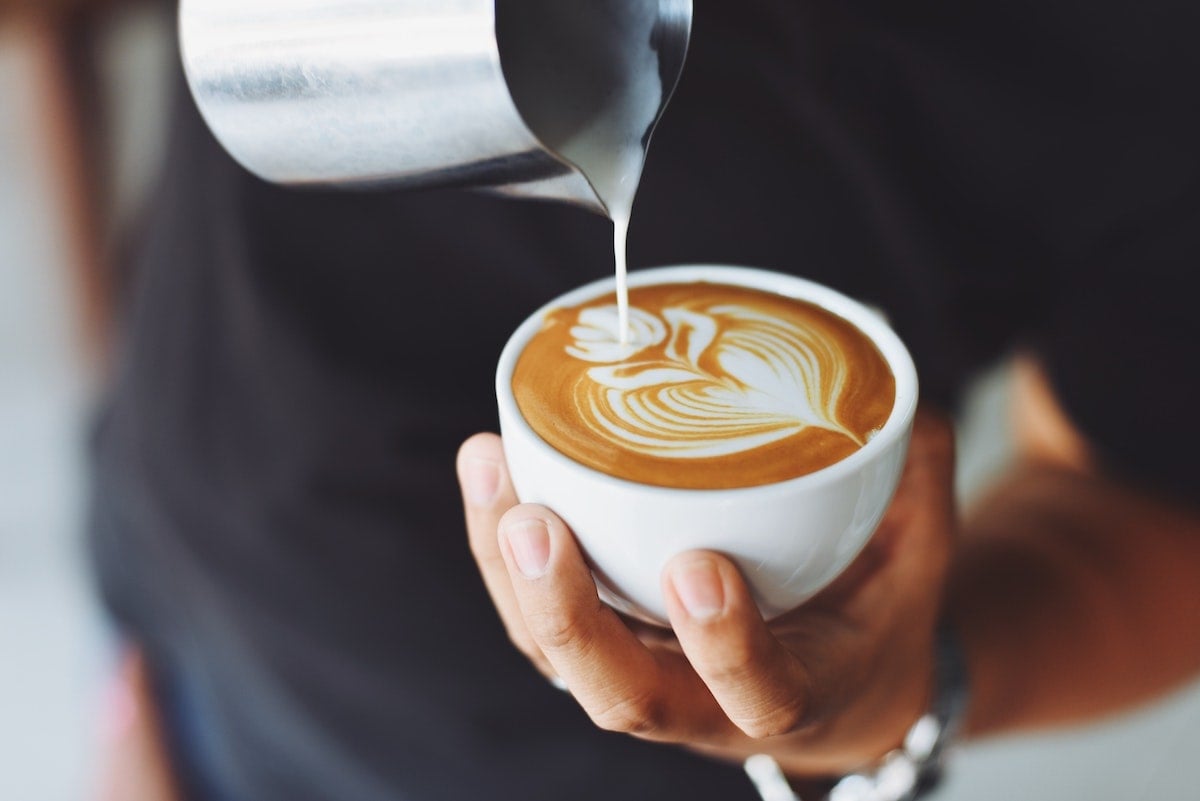 Unless you live under a rock, you probably know that a cup of coffee can often serve as a temporary burst of energy. Caffeine, the energizing ingredient in coffee, stimulates your central nervous system (your brain) and gives you that extra energy.

However, like with all things, moderation is key. Consuming caffeine too often can create a dependency and lessen its energizing effect. Additionally, consuming too much caffeine or consuming it too close to bedtime can disrupt your sleep, leaving you possibly more tired than before. One small study found that drinking caffeine less than 6 hours before going to bed can decrease the length of time you sleep by 1.1-1.2 hours. A study on men in combat deployment in the US army found that those who drank more than three energy drinks in a day slept less than four hours a night and were more likely to fall asleep during guard duty and briefings.

4. Try not to stress over work. 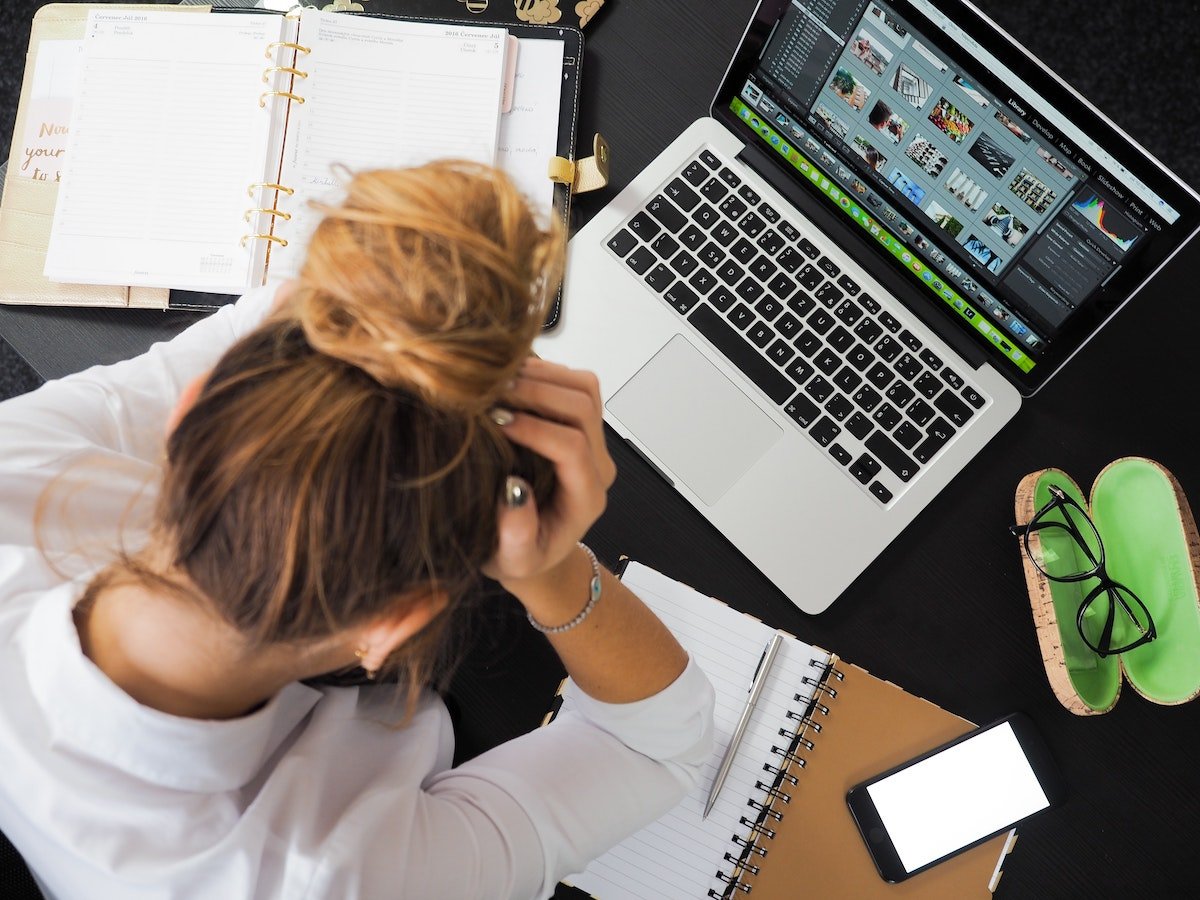 There's truly no better feeling than collapsing in front of the TV after a super stressful workday. Situations that cause anxiety and stress can leave you feeling drained, and things like school and work can greatly contribute to stress. One study found that low energy levels were consistently related to work overload, less vacation and leisure time, more overtime hours, conflict with bosses or coworkers, and more. Out of eight work-related stressors, work overload and too little vacation/leisure time had the highest association with self-reported fatigue.

Finding ways to decompress during work can help you regain the energy you need. For example, practicing mindfulness at work significantly decreases emotional exhaustion and results in higher job satisfaction. So next time you feel overwhelmed at work, take a few seconds to focus on the present moment, practice breathing exercises, or even meditate. 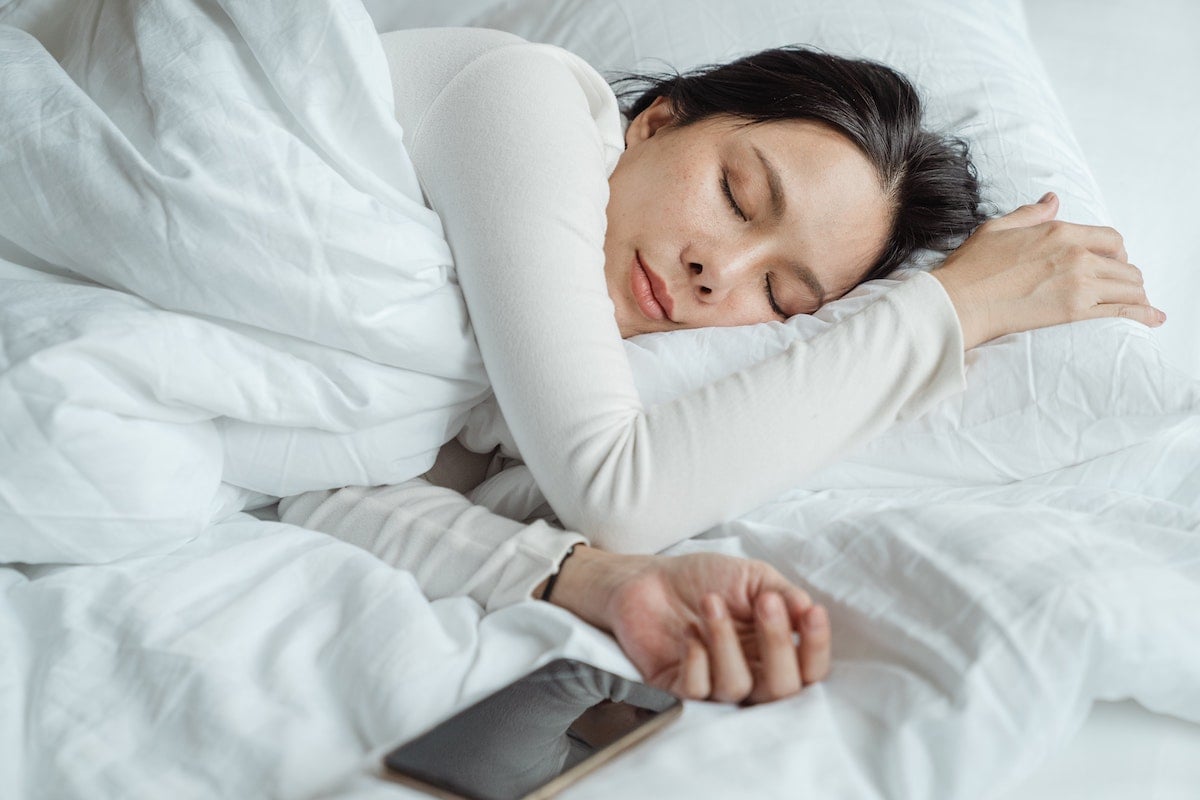 One obvious answer to lowering daytime sleepiness is getting a good night's rest. Sleep is essential for our body, and skipping out on it has plenty of consequences. Still, as easy as the solution sounds, it can be hard to always get enough sleep, especially when it feels like there just aren't enough hours in a day. But don't worry, even a nap as short as 40 minutes can have its benefits.

When studying emergency personnel, one meta-analysis found a significant effect of napping on self-reported sleepiness. For example, a 40-minute nap for physicians and nurses working the night shift led to a 17.3% decrease in sleepiness. Napping is especially helpful for younger individuals and can lower fatigue levels and improve memory and emotional processing. With that in mind, excessive napping can have negative outcomes for older adults, like cognitive decline, diabetes, and hypertension.

6. Prioritize a healthy diet and micronutrients. 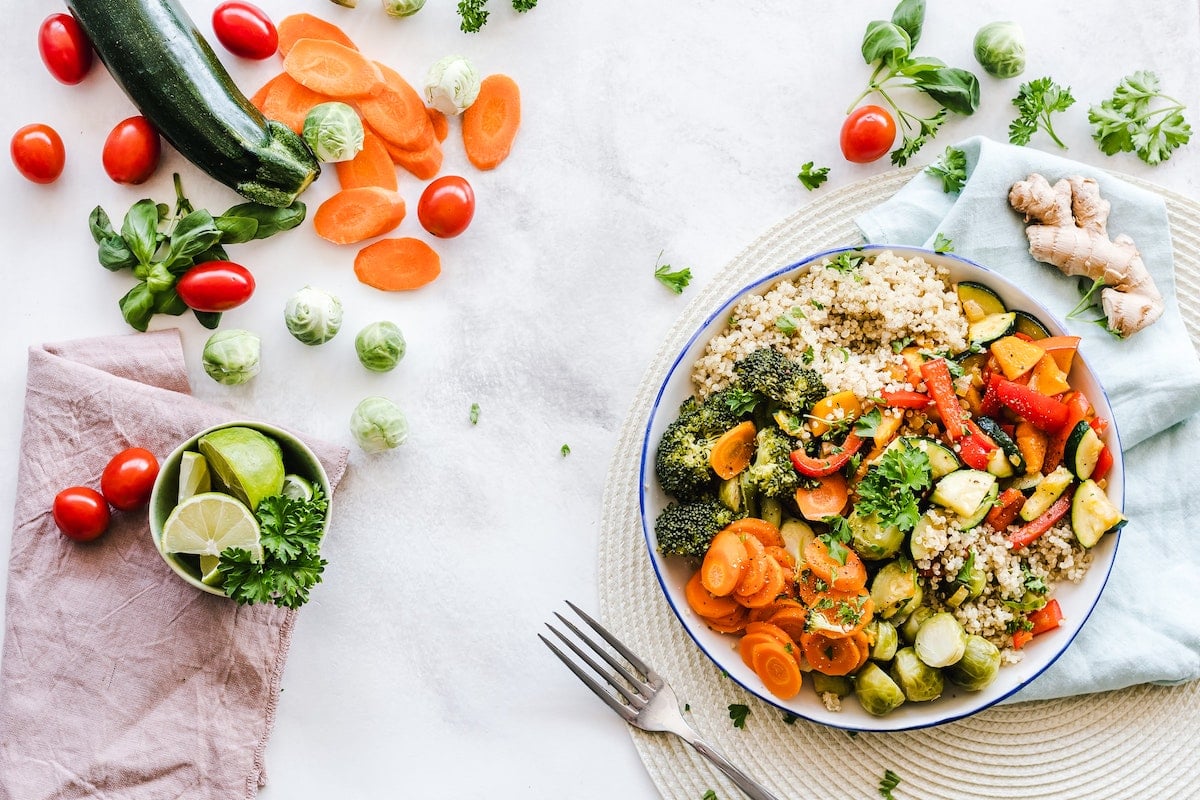 As we've all heard before, food is our body's fuel. What we eat matters, so it's not surprising that certain foods slow you down more than others. This is because our body breaks down different foods at different speeds, causing spikes and dips in our blood sugar. Everyone's blood sugar reacts differently to various foods. Still, generally speaking, processed foods, sugary beverages, and fast food tend to break down quickly, causing dips in our blood sugar and making us tired. However, foods like vegetables, fruits, lentils, nuts, and whole grains usually take longer to break down, helping you avoid daytime sleepiness.

A study that observed breast cancer survivors found that those who consumed a better-quality diet had a 17% improvement in self-reported fatigue. This diet was specifically tailored toward breast cancer survivors. However, it included generally healthy options, like more vegetables, fruit, whole grains, etc., and a limited amount of refined grains, sodium, and empty calories. In addition, ensuring you get enough vitamins and minerals, like vitamins B and C, iron, and magnesium, can also improve your energy levels.

7. If you smoke cigarettes, stop. 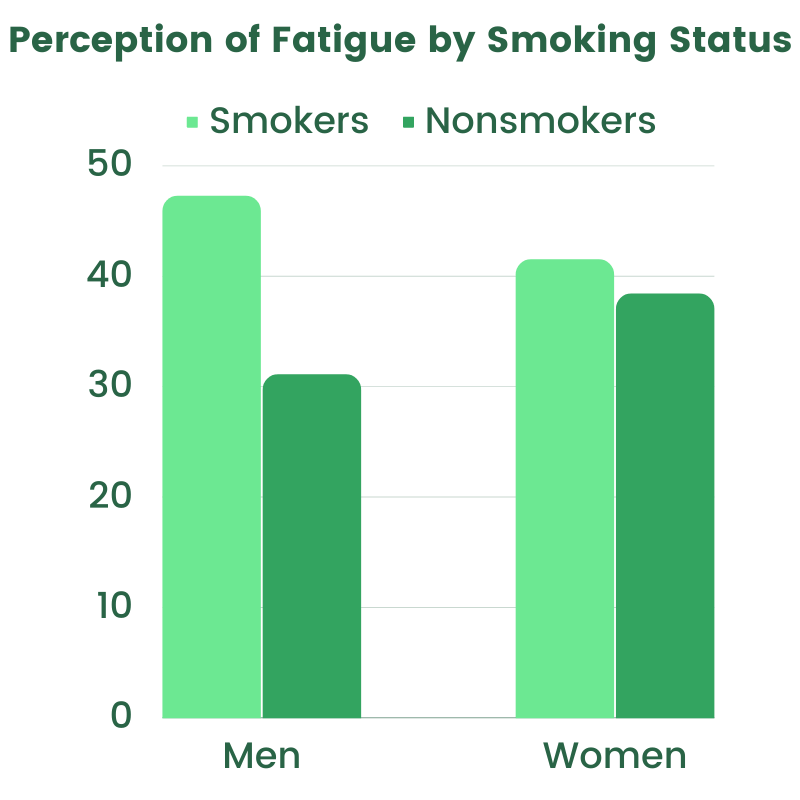 Smoking tobacco has far worse health effects than just energy levels, but if you do smoke, it could be contributing to daytime sleepiness. A small study found that smokers self-reported 29.3% higher fatigue levels than nonsmokers and that men's fatigue levels were affected more than women's. Smoking also affects your quality of sleep. Another study found those who had nicotine within 4 hours of going to bed spent 8.01 more minutes awake in bed and had 1.74% lower sleep efficiency than those who avoided nicotine before bed. So, it is a possibility that nicotine could be the reason you're tossing and turning at night. 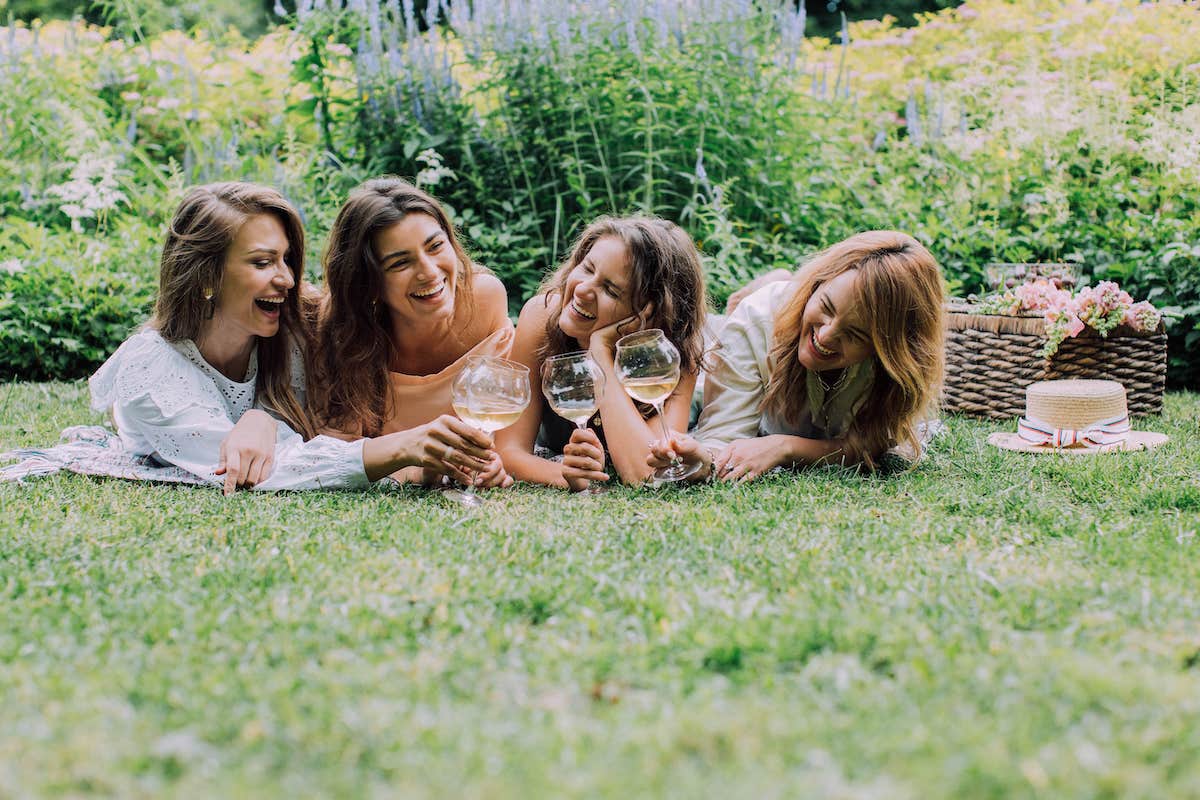 Interestingly, if you need a quick and easy burst of energy, chewing gum might be one way. One study observed that those chewing gum saw 19.5% lower sleepiness than those who were not. A second study found that chewing gum can also combat stress and keep you more alert while completing stressful tasks. Those who chewed gum only saw a 0.17% drop in self-reported alertness, while those who didn't saw an 8.4% drop. 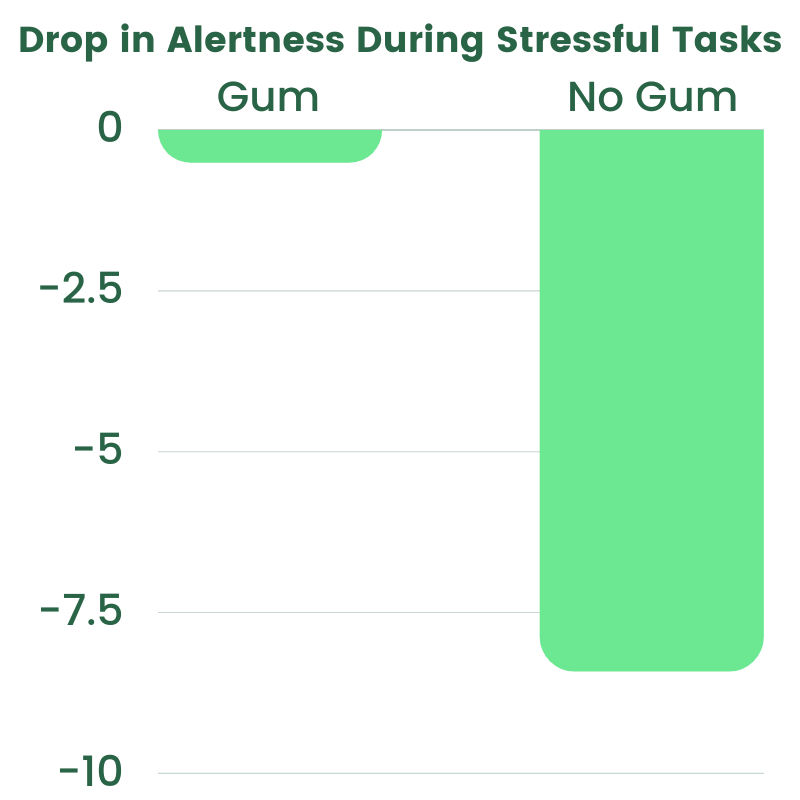 Additionally, those who didn't chew gum reported their stress levels increased an average of 37.8% while completing stressful tasks, while those who did only saw a 19.6% increase in stress. Both studies weren't entirely sure why chewing gum lowered stress and daytime sleepiness. Still, both speculated chewing gum may be an important factor in increasing blood flow to the cerebrum (the part of your brain responsible for things like thought, learning, and emotion).

10. Listen to some of your favorite tunes. 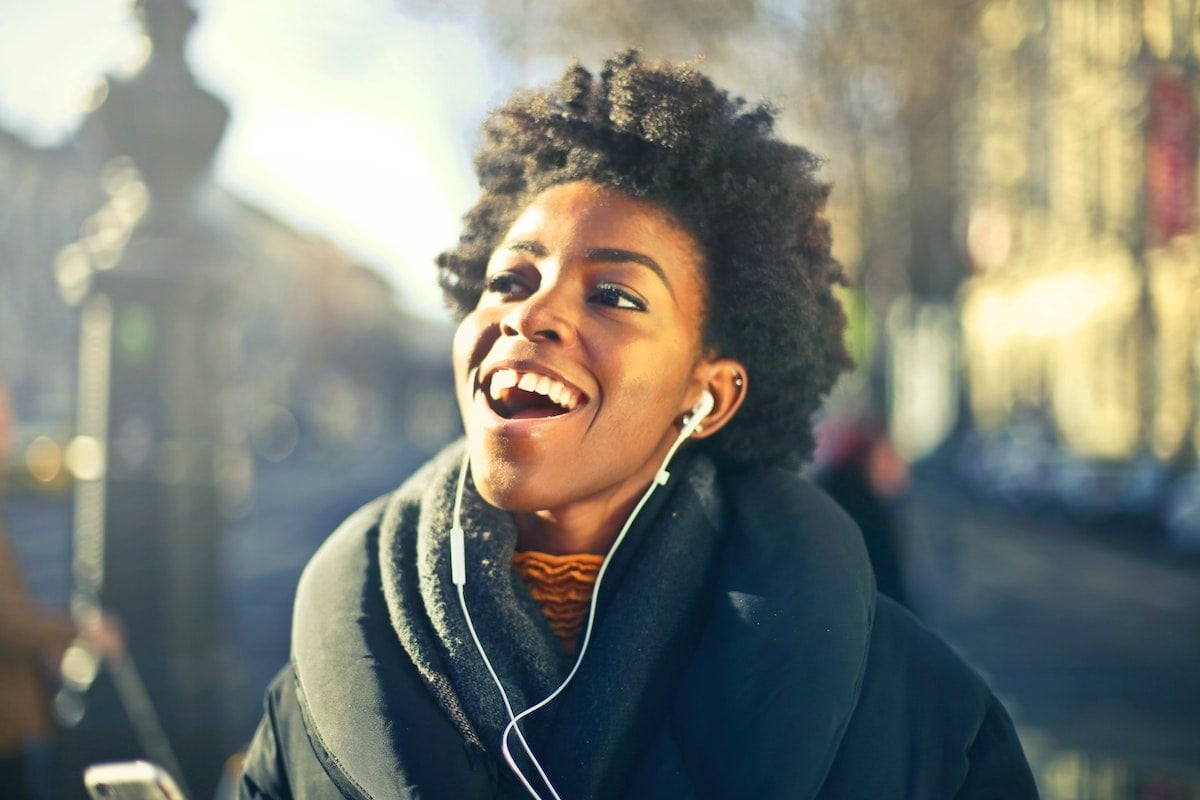 "Music is good for the soul," as we all know. There's really nothing quite as cathartic as screaming along to the radio on road trips or blaring your favorite song through headphones. And it seems like science would agree. Music has plenty of benefits, even to your mood and energy levels. For example, music in the workplace has been shown to lower employee fatigue, strengthen friendships, foster efficiency, and more. One study on female breast cancer patients observed that music could also lower stress levels. Those who listened to music for only 15 minutes experienced an 11.7% decrease in stress levels and a 25% decrease in distress.

11. Swap your iPhone for a paperback book before bed. 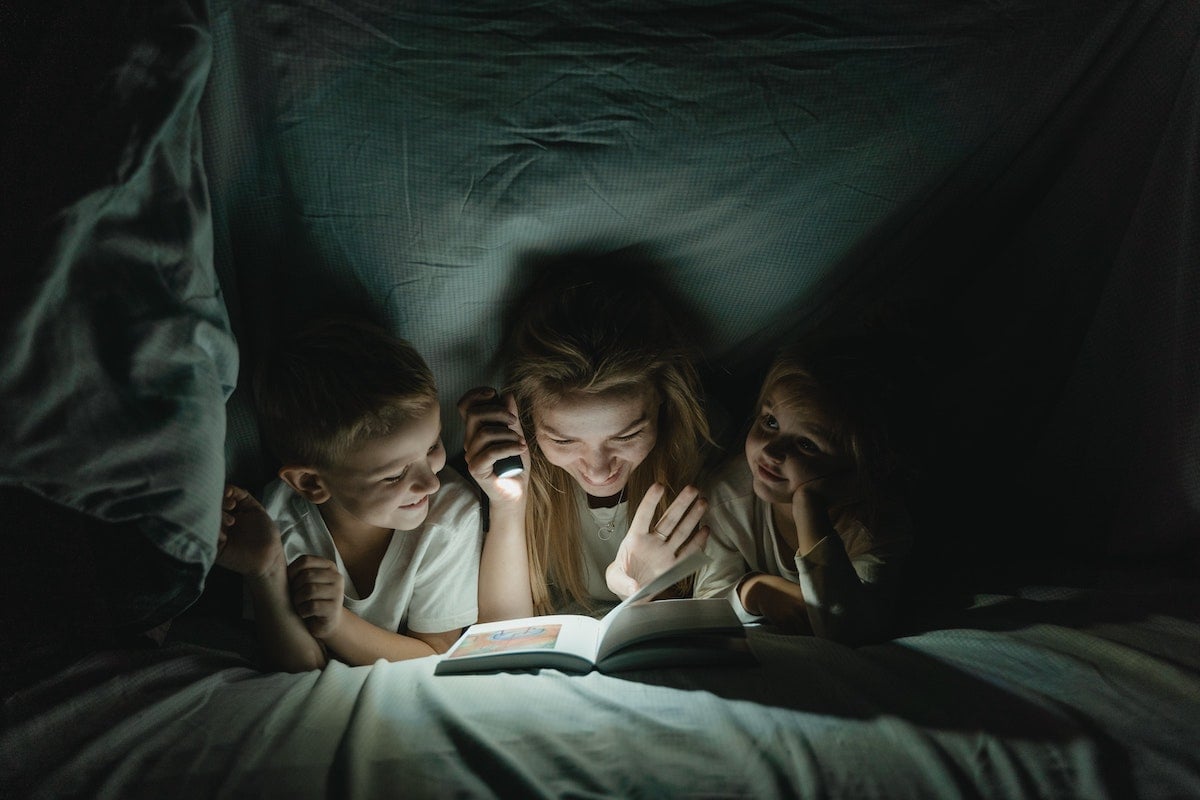 Since the coronavirus pandemic and the popularity spike in remote learning and working, concern over blue light, the type of light emitted from our phones, laptops, E-Readers, etc., has increased. Perusing social media, getting some last-minute homework in, or reading an Ebook are common before-bed activities, but they could also be a reason you're tired the next day.

In one study, those who went on blue light-emitting devices within an hour of falling asleep took around ten extra minutes to fall asleep and spent 11% less time in REM sleep (a critical sleep stage). People also reported higher levels of sleepiness the following day and took longer to wake up in the morning. Some studies have also found that blue light increases cognitive performance, alertness, and more. 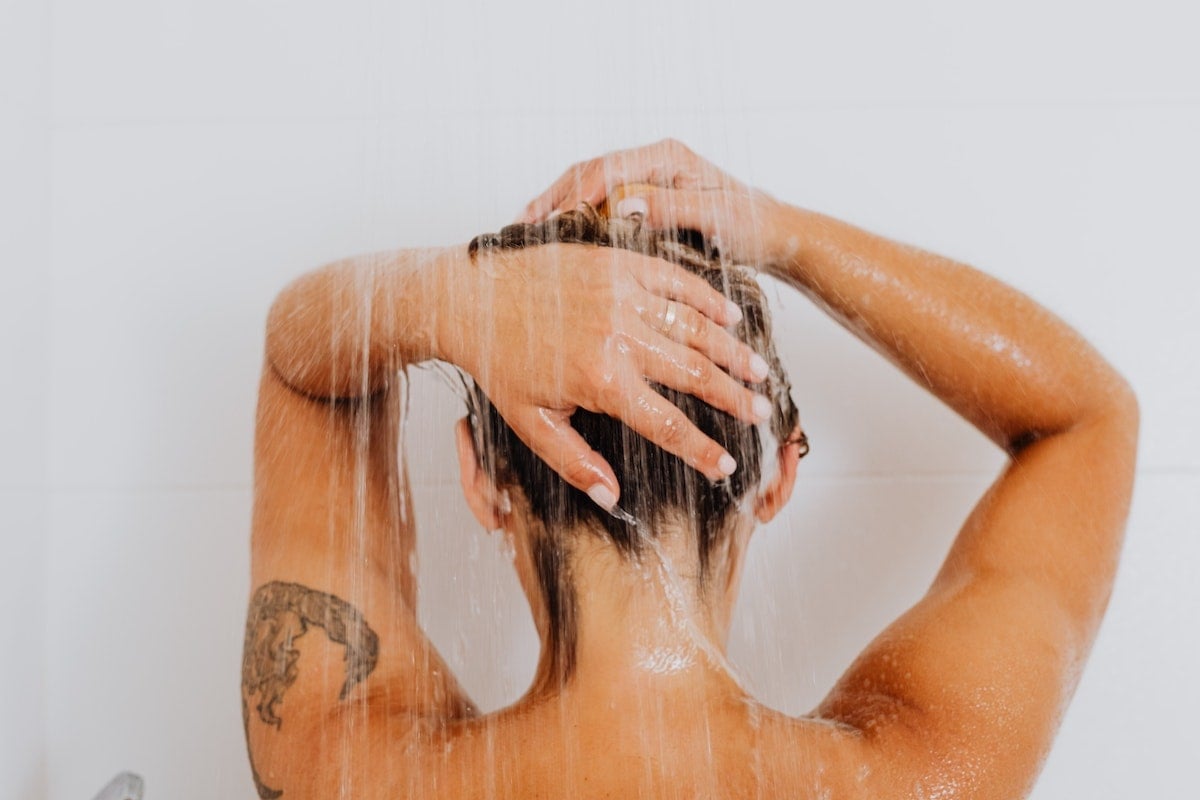 In my opinion, there's nothing worse than a cold shower. Still, there's no doubt a cold shower wakes me up, though not in the most comfortable way, and I know people who swear by them. Funny enough, there may be some research to back up this claim.

For example, one research article proposed cold showers could be a way to treat depression by increasing alertness and creating an antidepressant effect. One reason is that cold water triggers your sympathetic nervous system (the part of your body that is activated in a scary or stressful situation), making you more alert and preparing you to fight or run for your life. Another reason is that cold showers provide a large stimulus to the brain, much like in electroshock therapy (except much safer and milder), sending tons of electrical impulses to the brain and jolting it awake. However, the research has yet to really be tested, so it's hard to say how much energy a cold shower will give you (if it's any at all).

All of these tips are quick, easy ways to remedy your afternoon slump. If you want to dig deeper into which tricks work best or what could be causing your daytime sleepiness, you can use Guava to track your energy levels and run correlations with other lifestyle factors.

However, with all these tips in mind, it's important to note that chronic fatigue differs from occasional energy loss. If you find yourself so tired during the day that it's overwhelming and impeding your daily life, you could be experiencing chronic fatigue. Chronic fatigue is not normal and can indicate an underlying condition. Talk to your doctor about the fatigue you are experiencing.

More by Guava
Types of Primary Care Providers - A Deep Dive into Family Doctors, Internists, OB/GYNs, and More.
4 min read
What is Thyroid Stimulating Hormone (TSH) and What Do My Results Mean?
3 min read
How to Find the Best Primary Care Provider for You
5 min read
Is My Diet Causing My Headaches? Top Reported Foods That Trigger Headaches
4 min read
“Please Call Me Doctor”: Sexism Female Medical Professionals Face in the Medical Field
6 min read
“Is It Because of My Race?”: The Disparity of Care Seen For Women of Color During Childbirth
5 min read
See all articles
Guava
Plans & Pricing
How It Works
Supported Health Systems
Health Insights
Guava Emergency Card
Guava For Providers
About Us
Careers
Become an Ambassador
Articles
Your Privacy & Security
Privacy Policy
Terms of Service
[email protected]