Is My Diet Causing My Headaches? Top Reported Foods That Trigger Headaches 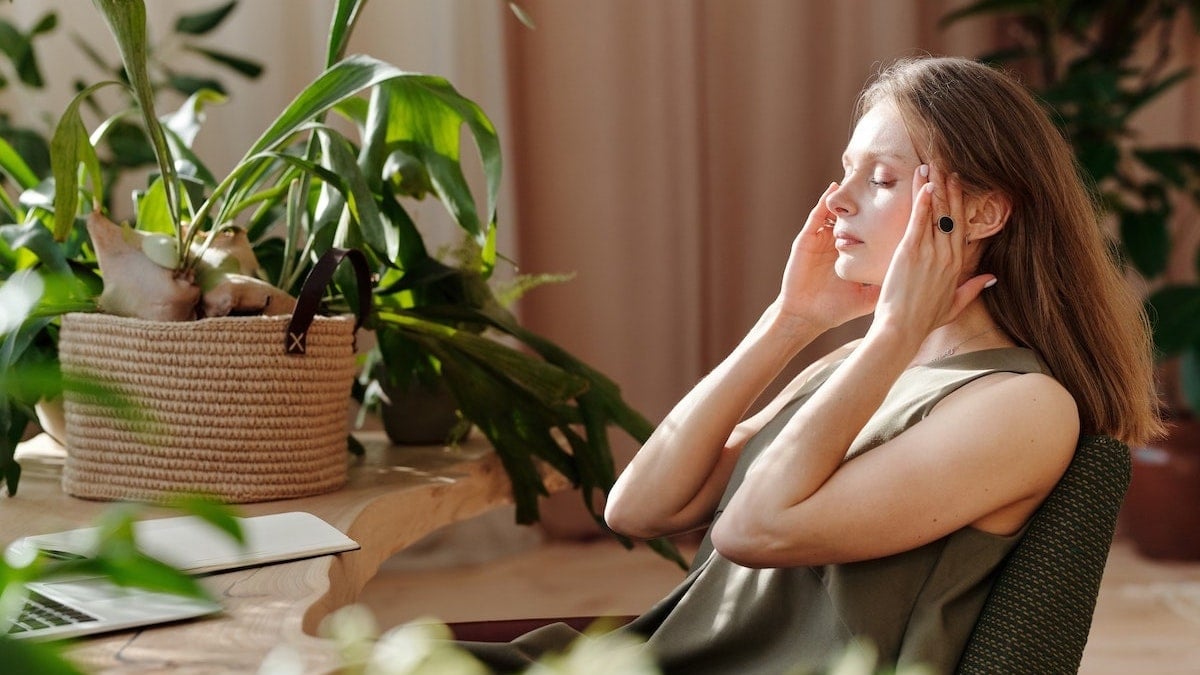 Whether you've scarfed down ice cream too fast, gone a little overboard on the wine at girl's night, or headbanged too hard at a rock concert, you're probably familiar with a headache.

If you are not, a headache is what it sounds like, an ache or pain in any region of your head. There are two types of headaches people have, primary and secondary.

Primary headaches are caused by your head's pain-sensitive structures dysfunctioning or overreacting. Stress, light, hormones, posture, diet, and more can trigger them. Migraines are a type of primary headache that reoccur. People with migraines experience moderate to severe pain, often on one side of the head and often throbbing pain. Around 12% of people in the US experience migraines.

Additionally, secondary headaches are headaches caused by an underlying condition. They are a symptom of a larger issue, like congestion, a rise in blood pressure, a head injury, a brain bleed, etc. These headaches can be serious or life-threatening. Therefore, it's important to talk to a doctor about your headaches, especially if your headaches suddenly change.

Surprisingly, 20% of headache patients experience food-triggered headaches, but there still isn't strong evidence on how or exactly what foods cause them. However, certain foods are reported by patients more often as triggers than others. Talking to your doctor about eliminating some of these foods may help you discover what could be triggering your headaches.

22% of people reported as a trigger 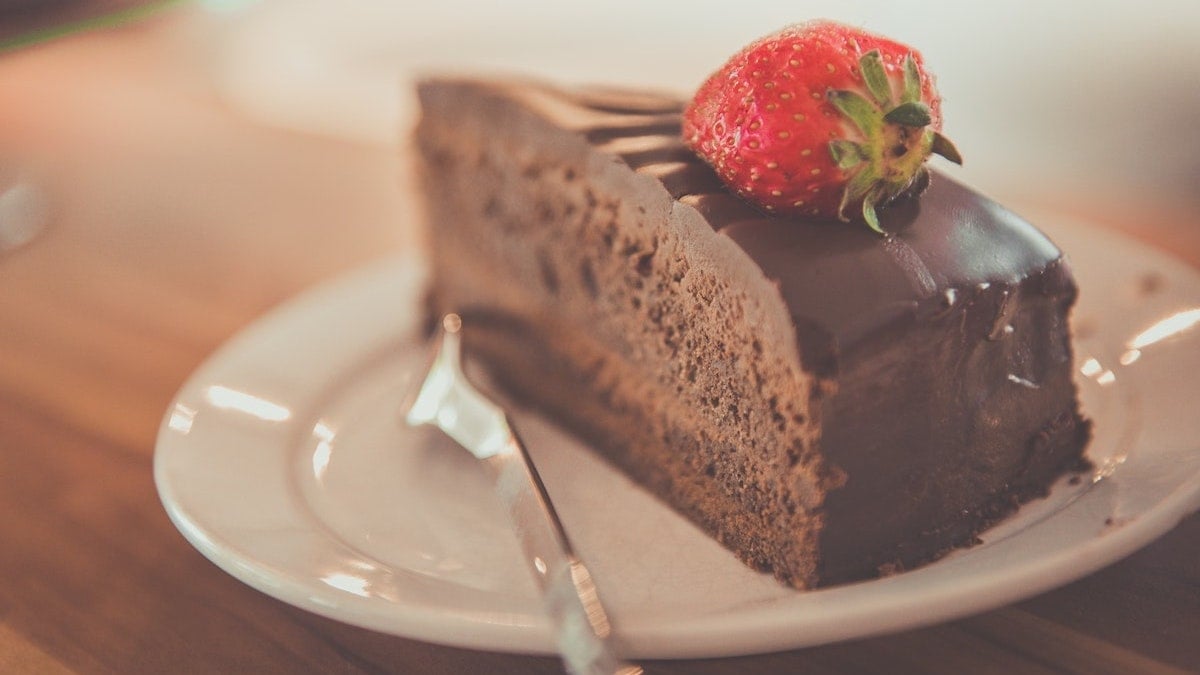 As sad as it is, one of the most loved treats of all time is also one of the most reported migraine-triggering foods. According to one scientific review, chocolate was reported as a trigger for 2-22% of people with migraines depending on the study. A meta-analysis of 25 studies on chocolate and migraines proposed several reasons for this, naming three different chemicals as potential perpetrators, nitric oxide, serotonin, and phenylethylamine. However, after analyzing each study, the meta-analysis observed a lack of scientific evidence to indicate why or even if chocolate is a trigger for migraine attacks.

35.6% of people reported as a trigger 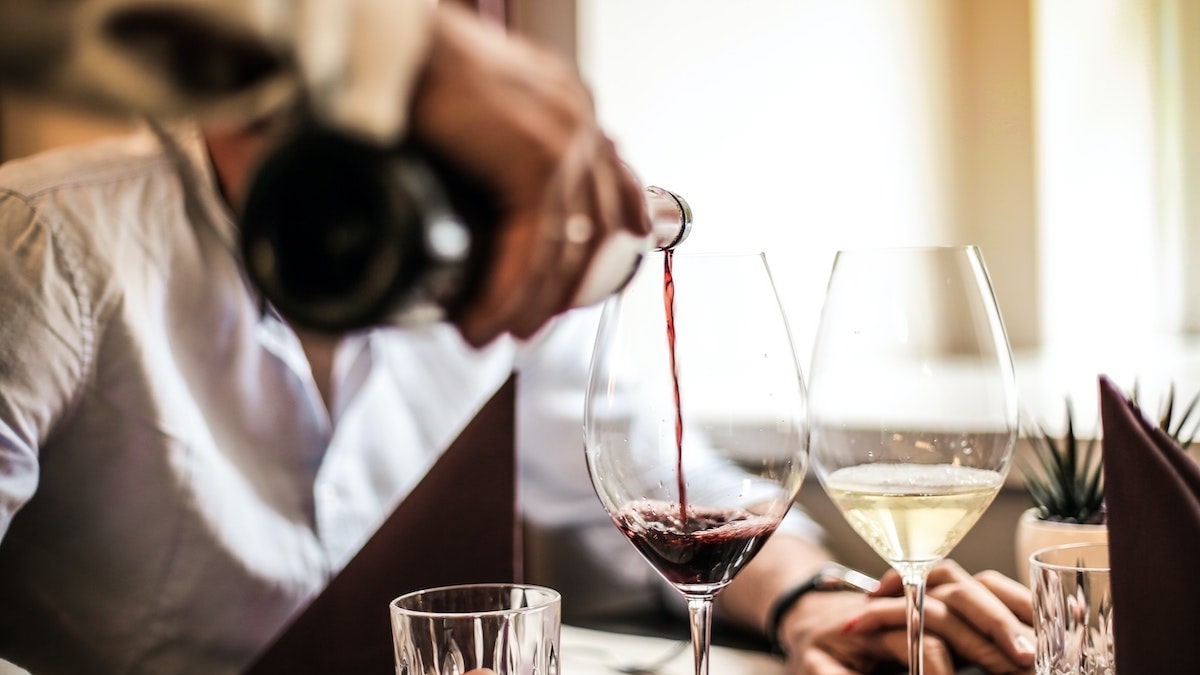 Another favorite treat could also be behind your headaches. After a night out, you may be low on energy, have an unsettled stomach, or just feel pretty gross overall. But the real star of any great hangover is the headache accompanying it. However, alcohol doesn't just trigger the usual hangover headache. It can also trigger migraines.

One meta-analysis found that across the studies reviewed, 35.6% of participants with migraines reported alcohol as the trigger. Alcohol with higher histamine levels, like red wine, was more likely to trigger a migraine attack. Histamine is a biogenic amine, a molecule found in certain foods. Several different biogenic amines, including tyramine and phenylethylamine (one of the molecules present in chocolate), are also consistently proposed as migraine triggers. 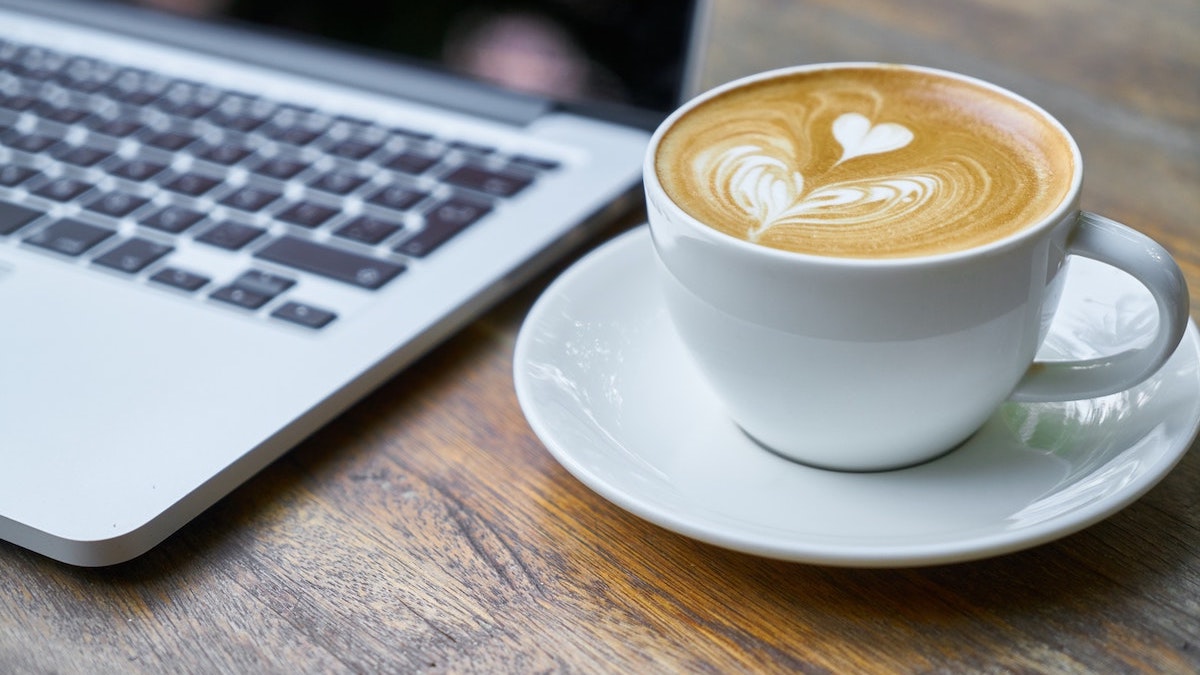 Caffeine is a powerful weapon for late-night study sessions, afternoon slumps, and much more. But as they say in the movies, "with great power comes great responsibility." Therefore, those who consume too much caffeine (more than three days a week, according to the American Migraine Foundation) can develop a caffeine dependency. This dependency can become a large problem when you withdraw from caffeine.

A meta-analysis of the effects of caffeine withdrawal found that 50% of people studied reported headaches as one of their symptoms. Symptoms of withdrawal (including headaches) can develop as soon as 12-24 hours after caffeine but are most prominent 20-51 hours after caffeine consumption. Other studies have shown consuming high amounts of caffeine (over 400-500 grams, which is around 5-6 cups of coffee) in one day can contribute to headaches in certain individuals. One study found that 14.5% of subjects reported caffeine as a common migraine trigger.

18% of people reported as a trigger 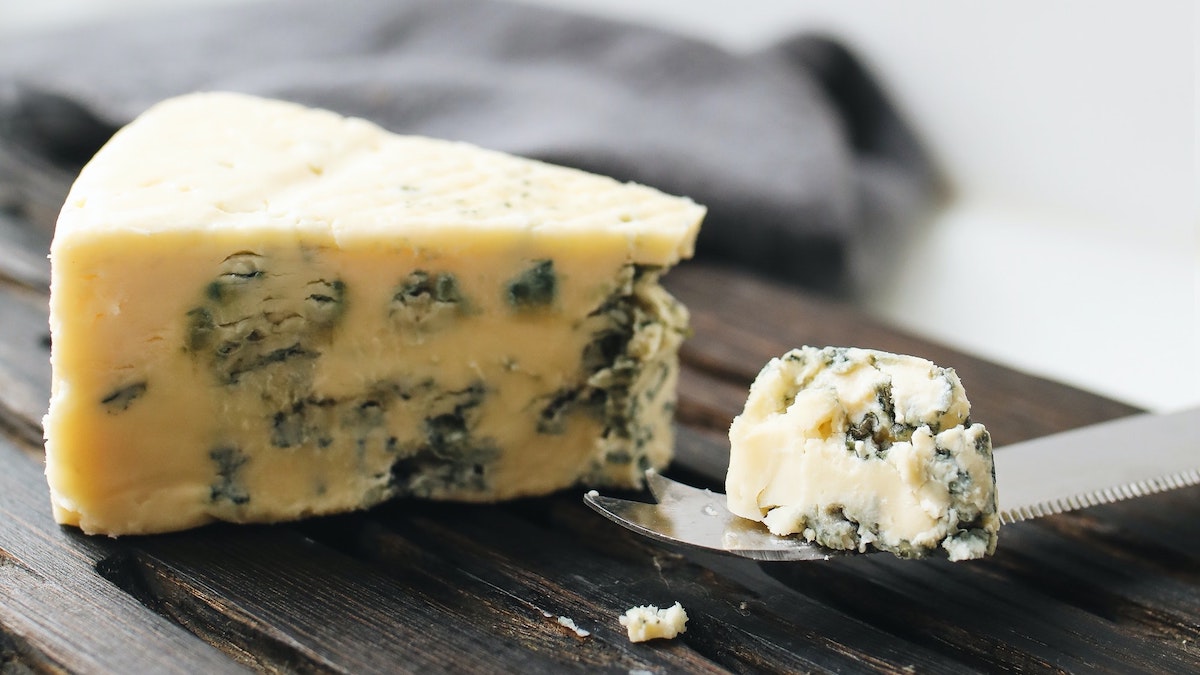 Biogenic amines, the molecules we saw in chocolate and alcohol, strike once again. However, this time the culprit isn't phenylethylamine or histamine, but instead tyramine. Tyramine is found commonly in cheeses, specifically aged cheeses. A study that analyzed 63 different kinds of cheese found that tyramine was present in 90% of them.

Cheese has been a commonly reported migraine trigger and is often listed on foods people susceptible to migraines should avoid. One study found that 18% of people reported cheese as a trigger for their migraines. However, the research on tyramine as a migraine trigger has found little to no data, so let that serve as a silver lining to all the cheese enthusiasts out there.

5% of people reported as a trigger 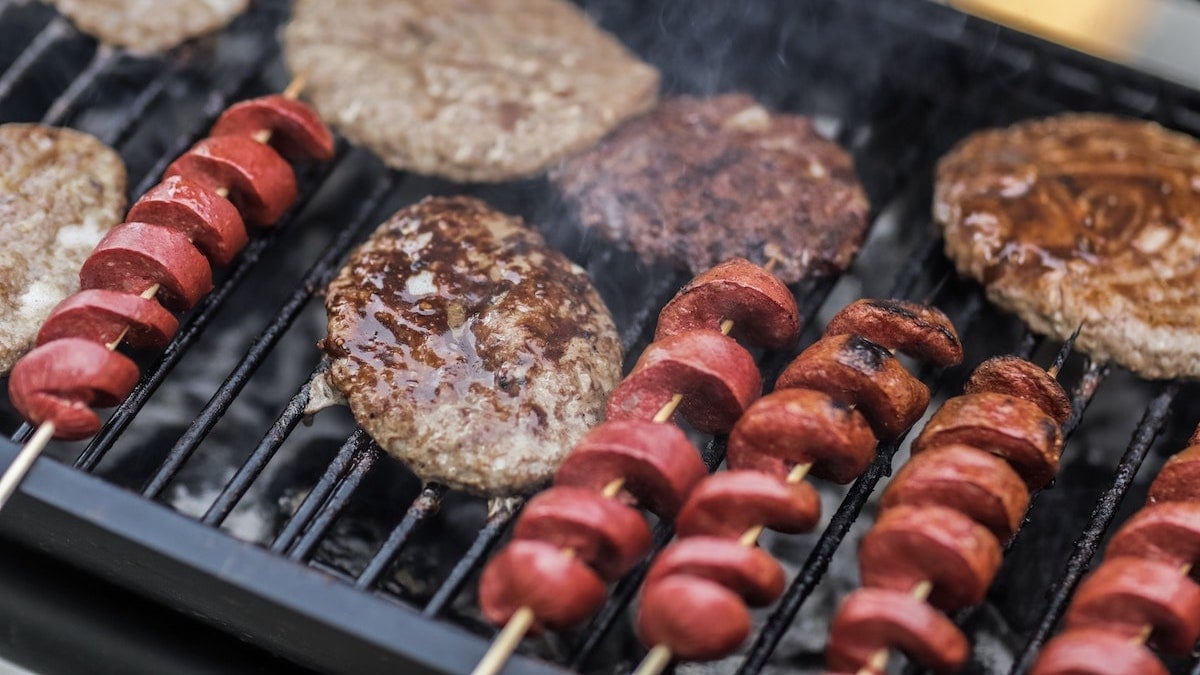 Another reported trigger for migraines is processed meats. Nitrites, a preservative found in ham, salami, and bacon, was first brought up as a migraine trigger in the 1970s. A later study then found that 5% of people with migraines experienced them on days when they consumed high amounts of Nitrites. Processed meat also often contains tyramine, the same biogenic amine in cheese. A study that analyzed 13 different types of sausage found that 85% contained tyramine.

2.5% of people reported as a trigger 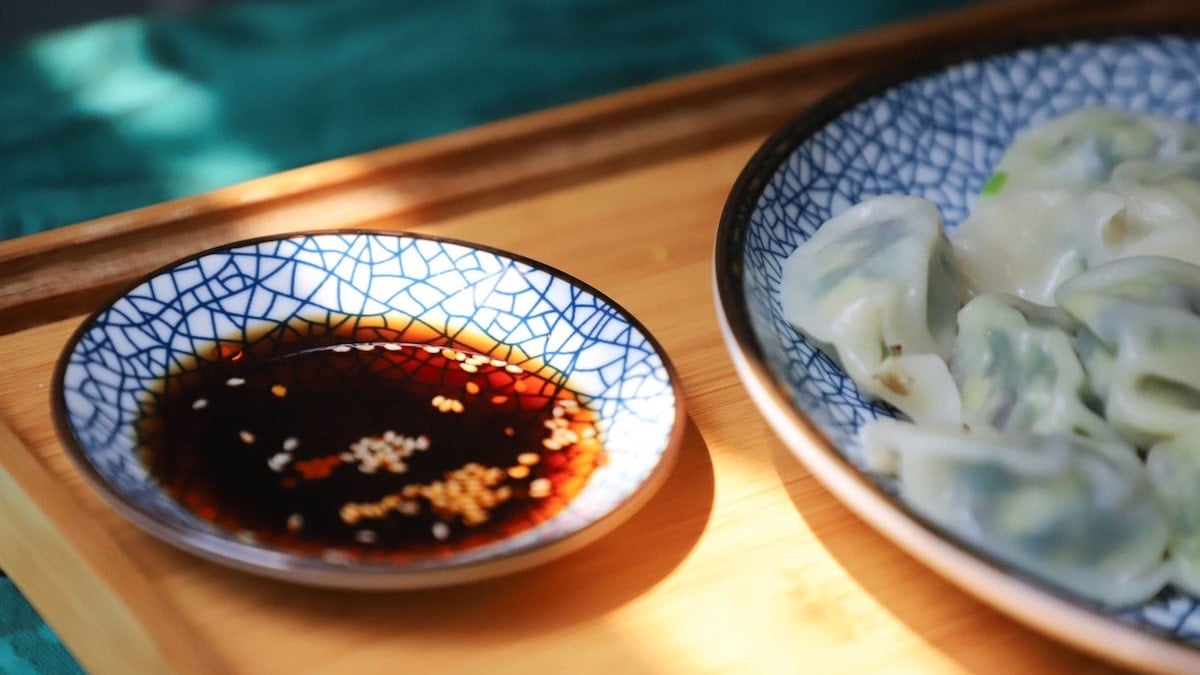 Even if you're unfamiliar with the term MSG, you've probably eaten something it was in. Monosodium glutamate (or MSG) is a flavor enhancer that creates the savory flavor you taste in foods like soy sauce, snack foods, ketchup, soups, and more. It has been said to cause symptoms like dry mouth, asthma, flushing, etc. In addition, some research has shown possible links between MSG and headaches/migraines. One study found that 2.5% of subjects reported MSG as a migraine trigger. Still, there's no extensive clinical research that proves MSG is actually a trigger.

8.5% of people reported as a trigger 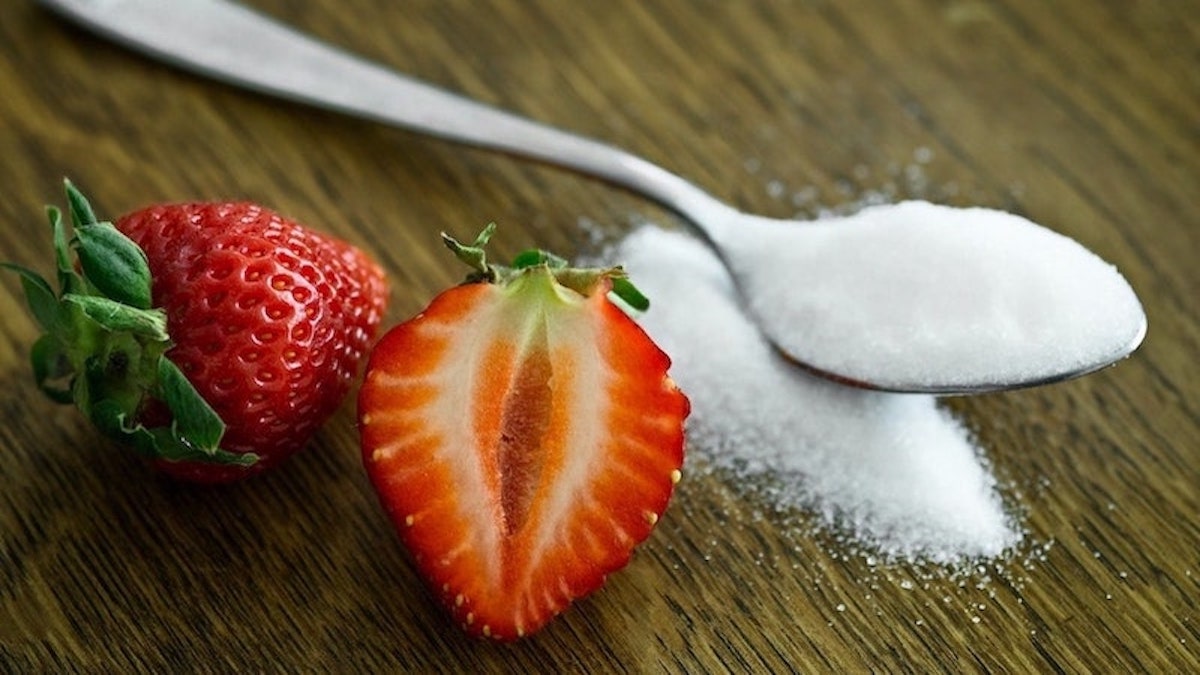 If you're a diet soda and candy fan, this may be one trigger you'll want to pay attention to. Several studies have shown that aspartame, an artificial sweetener in 6000 foods like chewing gum, desserts, and medicines, may trigger migraines. One study reported 8.5% of subjects noted aspartame as one of their migraine triggers.

Although there's still a lot to be discovered and proven about diet and headaches, there are ways you can see if any of these foods worsen yours. According to the American Migraine Foundation, certain foods may trigger your headaches 12-24 hours after eating them. Therefore, you can ask your doctor about eliminating them. Guava is one tool you can use to better understand your headaches and migraines. Logging your diet and your symptoms for at least a month can help you find correlations between the two, so you can learn what might be causing your headaches.

Guava's Symptom Tracking Calendar
More by Guava
Types of Primary Care Providers - A Deep Dive into Family Doctors, Internists, OB/GYNs, and More.
4 min read
What is Thyroid Stimulating Hormone (TSH) and What Do My Results Mean?
3 min read
How to Find the Best Primary Care Provider for You
5 min read
Energy Cheat Sheet: 12 Ways to Fight Fatigue and Boost Your Energy
8 min read
“Please Call Me Doctor”: Sexism Female Medical Professionals Face in the Medical Field
6 min read
“Is It Because of My Race?”: The Disparity of Care Seen For Women of Color During Childbirth
5 min read
See all articles
Guava
Plans & Pricing
How It Works
Supported Health Systems
Health Insights
Guava Emergency Card
Guava For Providers
About Us
Careers
Become an Ambassador
Articles
Your Privacy & Security
Privacy Policy
Terms of Service
[email protected]