"I'm Not Being Dramatic": How Men and Women’s Pain Is Percieved Differently

This is article four in a seven-part series addressing gender bias in the healthcare system.

"Oh, do I have a story for you." As funny as this response may be, it was a common one, and the list of stories that came after was long. Nearly all women could name a doctor who had tried to diminish and disregard their symptoms, condition, or pain. It seemed this problem was the most common by far. 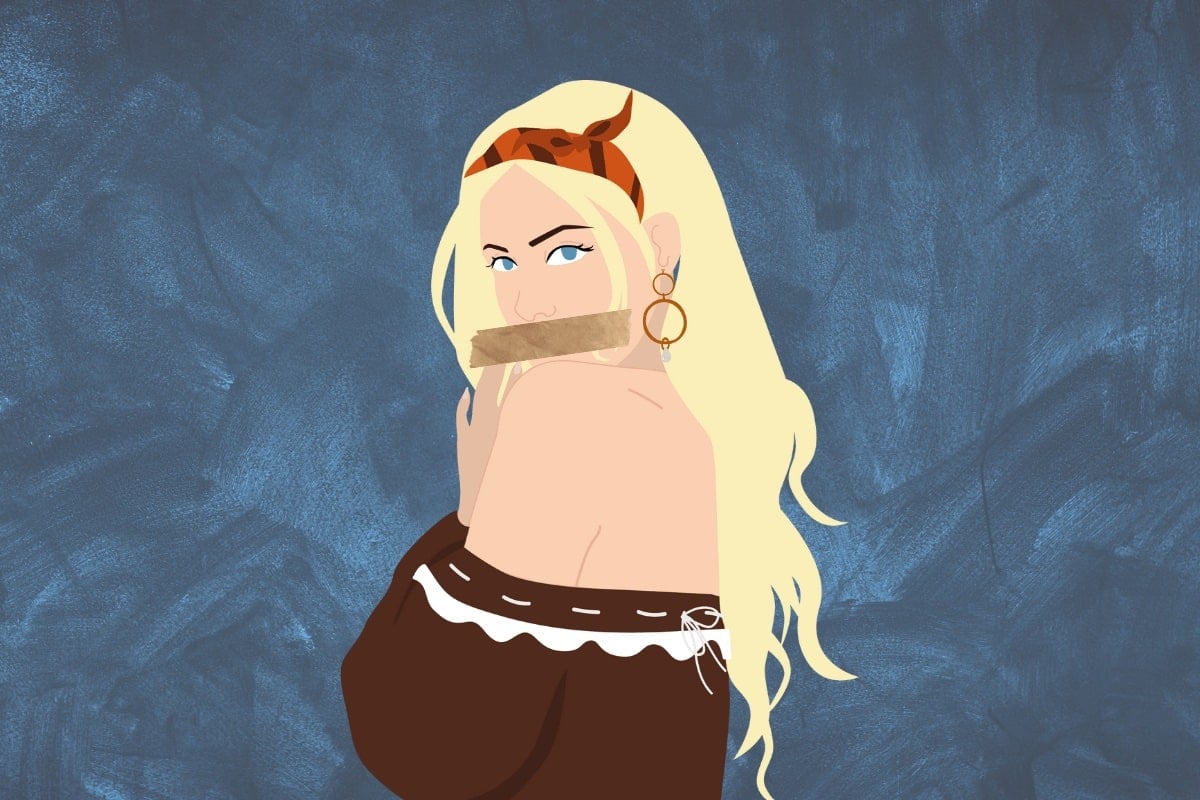 Lizzie M, a woman who developed stage-3 breast cancer at age 23, told me a story she’d experienced with a radiologist. After Lizzie’s implant surgery, her surgeon had urged her to drain any fluid that accumulated behind her breast implants to avoid infection and discomfort. However, when Lizzie visited this radiologist to drain the fluid that was growing uncomfortable, he told her rudely there wasn't enough to drain and waved her off.

Lizzie then politely requested he call her surgeon and confirm. He refused indignantly, claiming he would not need a second opinion. Eventually, after much convincing, he begrudgingly did so. When the conversation was over between the two doctors, Lizzie's surgeon called her personally to help her find another doctor and another option. Even if there was no more the radiologist could do, he expressed a large lack of empathy for Lizzie’s situation brushing off her discomfort and rushing her out of the office. On the contrary, her surgeon had listened to Lizzie’s situation, and had gone above and beyond to find another way to fix the issue.

Emily VW told me a similar story that had happened quite recently when visiting a doctor. After finding a lump in her neck, she scheduled an appointment with the only doctor available at her primary care physician’s (PCP) office. After several bad past experiences with doctors, Emily was nervous when she was told she’d be seeing a different doctor than her normal PCP.

“I went into the appointment nervous I wouldn't be heard and left knowing I wasn't."

She said the doctor hadn't even bothered feeling the lump before telling her it must just be a side effect of Covid-19 and sending her on her way. When her usual doctor, the physician that had diagnosed her previous conditions, returned to the office, Emily asked her to squeeze an appointment in. Her physician felt the lump and decided it was best to run a biopsy. She then confirmed it was a tumor.

It concerned Emily how easily her first doctor had brushed aside something so important, and she couldn’t help but feel like it wouldn’t have gone the same if she’d been a man.

How Gender Norms Play a Role

Frequently, women's symptoms are brushed-off by medical professionals. More often than men, we are ignored. Gender norms have established that men are tougher and stronger than women. So to society, when men ask for help, they really need it. On the other hand, women are seen as emotional, fragile, and dramatic, viewed as "the boy who cried wolf” if we ask for help too often. 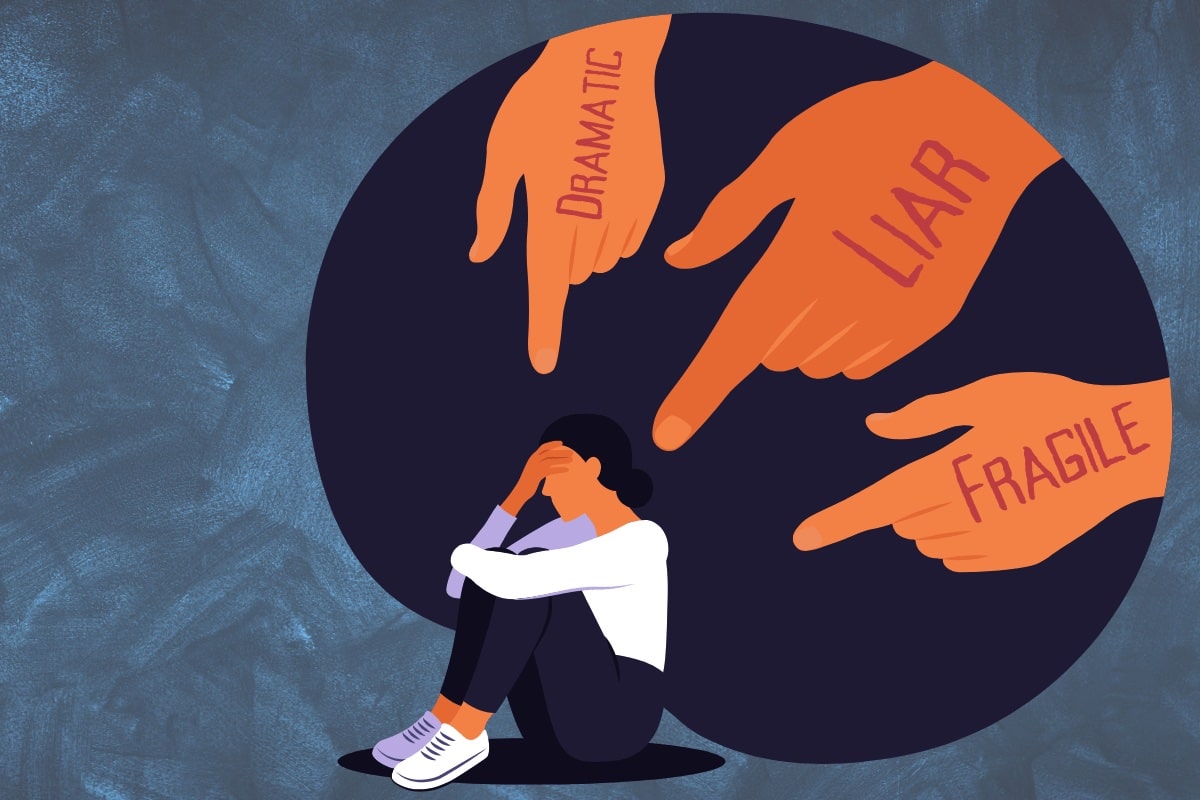 But what really makes a man seem tougher? Is it because they have a higher pain tolerance?

Not quite. One study used a cold pressor test to show that when men and women were told the same average length of time their gender could tolerate this pain, there was no difference in pain tolerance between men and women. So then, what could it be?

Well, the same study found that when people were not given a tolerance expectancy, women exhibited a lower pain tolerance. These results hinted that maybe it isn't a man and woman's innate pain tolerance that differs, that one gender isn’t necessarily tougher than the other. But instead, maybe it is because women are taught to be comfortable sharing their pain and relying on others, while men are expected to bury it and toughen up.

This situation then becomes a double-edged sword. Gender norms push men to be “strong”, making them reluctant to acknowledge pain or seek medical attention. This then results in more serious diagnoses and shorter lifespans than women because important diseases are being caught in later and more aggressive stages.

On the contrary, women are more inclined to share their pain and seek help, so society begins to view a woman’s pain as less than a man’s. Could these gender norms explain why Emily and Lizzie's doctors were so unwilling to help? Was it because their doctors believed they were just being "emotional" like girls do and making a big deal out of nothing?

Well, if that were the case, it wouldn't be so different from the healthcare providers' opinions found in one study from 2016. Scientists observed that when medical students and pain clinicians were shown pictures of men and women in pain, participants estimated the women to be in less pain than the men. In addition, the participants rated women as less trustworthy than men and were more likely to prescribe psychological treatments for them.

Women are often viewed as dramatic and fragile in the healthcare system and the rest of society. Multiple studies found that healthcare providers often thought of female patients as hysterical and emotional, categorizing them as complainers and malingerers. However, this is a huge problem. When doctors come in with preconceived notions of their female patients, it builds mistrust and leaves women fighting to be taken seriously, much like Lizzie and Emily's situation.

"When you have an invisible disability, it feels like you're pleading a court case."

Grace W stated after describing a terrible situation she had recently had with a doctor. Grace has been diagnosed with Mallory-Weiss Syndrome (a tear in the stomach caused by excessive vomiting) and anxiety since she was a child. However, her new doctor refused to believe her anxiety was what was actually triggering her vomiting, telling her it was instead caused by other issues. He ignored her insistence that she’d had this problem for a long time and that her old doctor had already concluded it was her anxiety triggering her syndrome. But instead of listening to her, he cut her nausea medication from sixty pills to only nine, forcing Grace to get it refilled once a week. He dragged his feet on scheduling important procedures and made her so anxious she'd cancel appointments. Ultimately, he just made things a lot worse. Eventually, she switched to another GI doctor, and her condition is now improving.

However, Grace made an important point. Conditions that can’t easily be explained or “invisible disabilities” are often met with more resistance from providers. When a woman's symptoms and pain seem inexplicable, providers are more unwilling to believe them. A study in Canada found this was the case with fibromyalgia (a condition that causes chronic pain and is not fully understood). Scientists observed that 23% of general practitioners and 12% of specialists categorized their fibromyalgia patients as malingers. 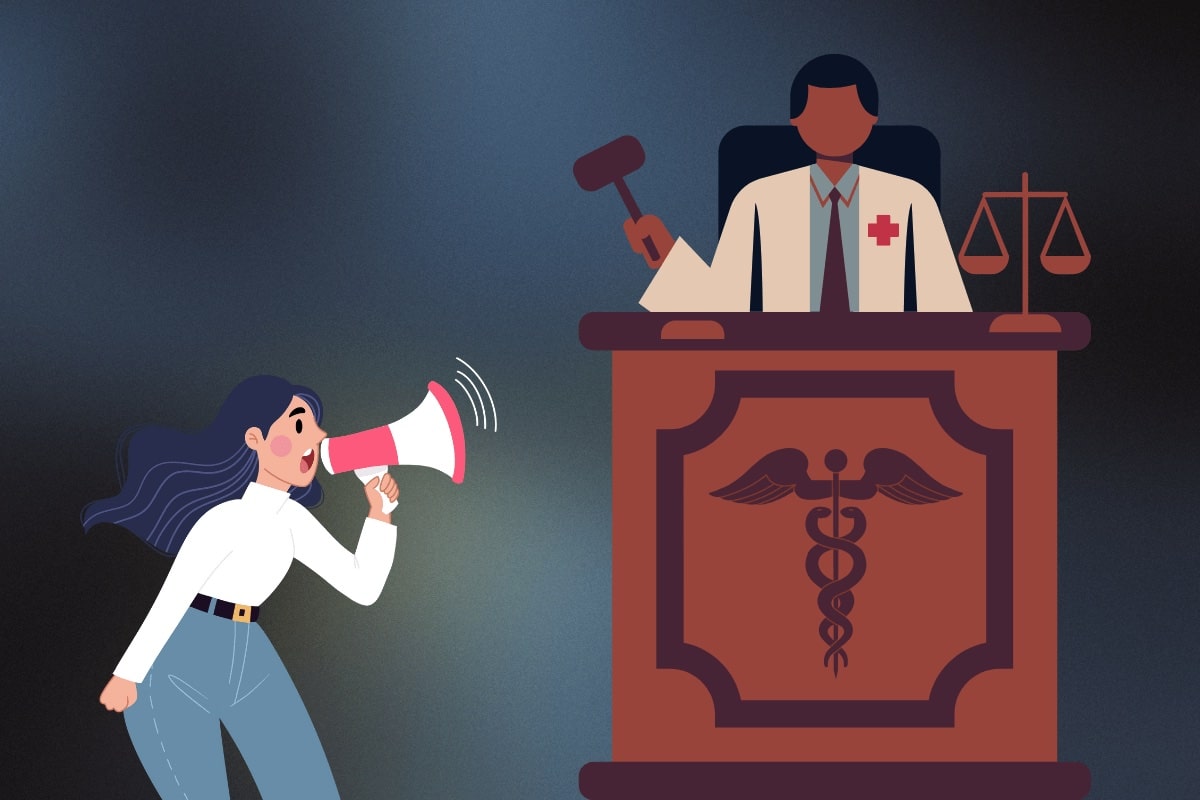 Kate M found this was the case throughout nearly her entire diagnosis journey. After a year without explanations for her horrible GI and neurological symptoms, Kate was finally diagnosed with a Chiari malformation. However, it was no easy fight to get there. Even with the evidence that something was seriously wrong, she still found herself fighting for legitimacy. Her neurologist had found seven pinched nerves in her cervical spine, and yet, the problem was not taken seriously. She didn't order more tests or consult other professionals. Instead, she brushed her off just as the rest of her doctors had. It took a doctor who was truly willing to listen and embrace the complexity of her condition to finally solve the mystery.

As much as we all try to deny it, gender norms still find themselves present in today’s society. Because women are perceived a certain way, whether it be dramatic, untrustworthy, emotional, or sensitive, some providers may approach the exact same health problem differently depending on the patient’s gender. For a man with chronic pain, they may recommend further testing or pain medication, while a woman with the same problem may be told it’s just in her head and handed a mental health referral. The man is now one step closer to a diagnosis, the woman… not so much.

But learning to voice your feelings, ask questions, and realize when you are being treated unfairly can save you from misdiagnosis, delayed treatment, and lower-quality care. It can give you the courage to say, "I'm not being dramatic."

Next Article in This Series: "The Research Doesn't Include Us": How a Lack of Women’s Health Research Can Become a Problem During Diagnosis