“It’s My Appointment, Not His”: The Common Problem Women Find When Bringing a Male Companion to Their Appointments

This is article three in a seven-part series addressing gender bias in the healthcare system.

If you’re a woman reading this article, I urge you to close your eyes and think back to a time in your life when you felt ignored simply because you were a woman. I can think of several examples when men had been less willing to talk to me, addressing only my male counterpart in conversations. I even experienced this after reminding them that only I had the information they were looking for and not my brother, dad, or boyfriend standing beside me.

Unfortunately, after several interviews with multiple women, it was clear this issue also existed in the medical field. I will say this surprised me. I was shocked that this happened in a field that so proudly centered its image around higher education and human compassion. Male doctors only addressing men at a woman’s appointment seemed like such a petty thing to see from highly educated men.

It shocked me to learn that even amongst our country’s smartest and most forward-thinking minds, such old-fashioned beliefs still existed.

One woman I interviewed, an old college roommate of mine, first brought the issue to my attention. Ashley S has spent a fair share of her time in doctor’s offices and on surgery tables, with multiple orthopedic and neurological issues throughout her life, like scoliosis, nerve problems in her feet, arms, and hands, and unexplainable back pain. She mostly has had excellent doctors who’ve listened and cared. But, like in every profession, there are flawed doctors, and when asked if she’d come across any herself, she said one particular doctor easily came to mind.

Aside from almost operating on the wrong arm, snapping at her, and making her feel stupid for asking questions, one part of her story surprised me (well, maybe not as much as nearly operating on the wrong arm). After working with this doctor for a little longer, she began to realize this less-than-agreeable doctor was a new man whenever her dad joined her appointments. He listened to her father’s questions thoughtfully, addressed her father’s concerns, and upheld a politeness Ashley had never seen from him before. She then realized her doctor would only address him, avoiding eye contact and questions from anyone else.

To prove my point further, this was not the case when her mom joined her appointments. Her doctor was still as nasty as ever. This made it clear it wasn’t the presence of an older adult that pacified this doctor, but instead, the presence of a man. 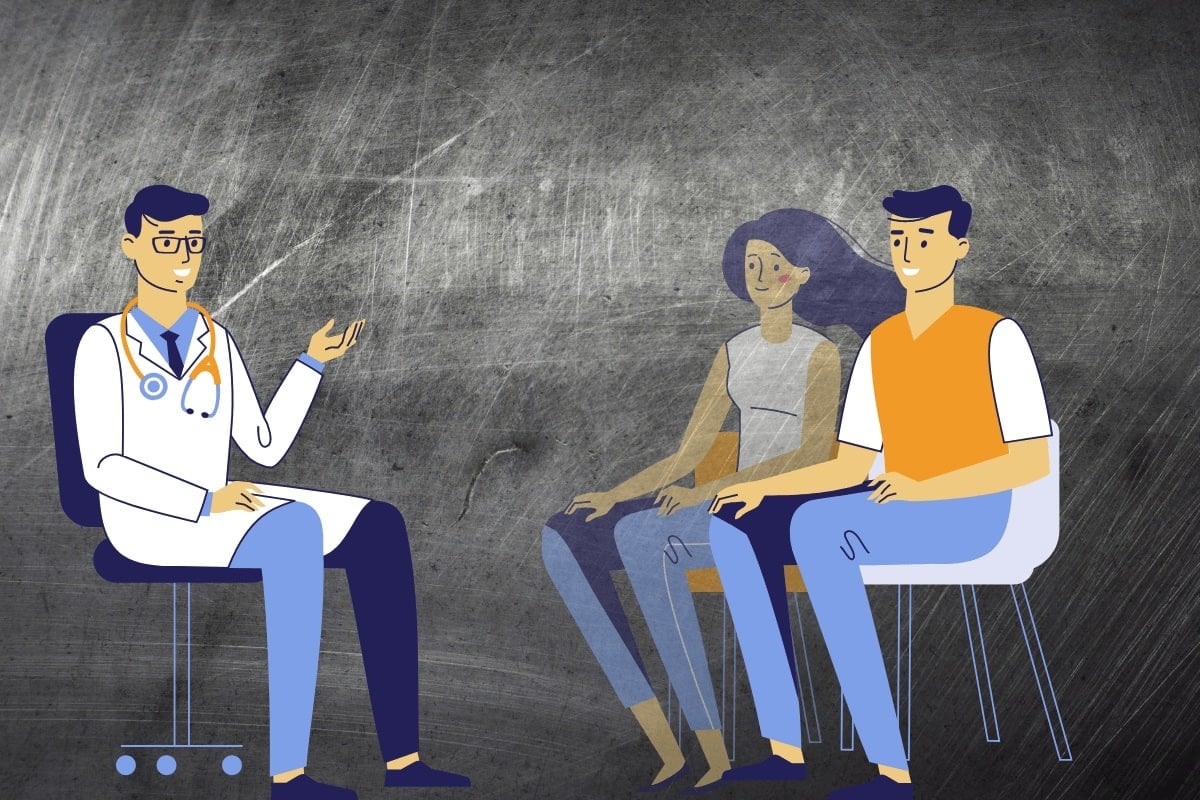 Lizzie M had a very similar experience when she brought her brother to her doctor’s appointment. After finding a lump in her breast and being brushed off by several doctors, she was finally diagnosed with stage-3 breast cancer. She’s spent quite a bit of time navigating the healthcare system, so she was familiar with this problem.

For one of her appointments with a new doctor, Lizzie had decided to bring her brother along for support. She then found that her doctor (a man in his mid-to-late thirties) would only look and talk to her brother, not her, as if it was his appointment. She remembers how frustrating it had been to feel so ignored by her doctor at her own appointment, especially when her brother wasn’t answering the doctor at all and instead relaying his questions back to her.

But what about the presence of a man makes a male doctor more willing to listen? Well, studies have shown that men do more of the talking during decision-making discussions. A study analyzing the amount of time men and women spend talking in a discussion found that in almost all conditions they tested for, women spent less than 75% of the time talking that men did. In situations where only one woman was present in a discussion with four men, she contributed 40% the amount of talking that each man did.

In short, the men in these studies were far more likely to listen to other men, while women were more likely to be interrupted or ignored, something that could explain many of these women's personal experiences.

As much as this seems like more of an annoyance, it can be a harmful problem, and Grace W has experienced just how much of a problem it can be. Grace suffers from a condition known as Mallory-Weiss Syndrome, which is a tear in her stomach caused by excessive vomiting. Her vomiting is heavily triggered by anxiety, which, in turn, worsens her condition. Because of this, Grace is prescribed anti-anxiety medication. She’s also on several other medications that all look quite similar. Unfortunately, one time she tripled her anxiety medication dose by mistaking two anxiety pills for different medications. She then had to be rushed to the hospital by her boyfriend.

At first, Grace was so sick she could barely speak, so her all-male medical team had to ask her boyfriend about the situation. She noticed, however, that when she finally was able to speak, none of the medical staff would listen to her. They were still only speaking to and addressing her boyfriend. Without listening to Grace, the medical team concluded she had attempted to overdose. They then decided to put her under a 24-hour psych hold and give her more of the same anti-anxiety medication she had already accidentally taken too much of. Again, no one would listen to her, let her boyfriend see her, or explain the situation. 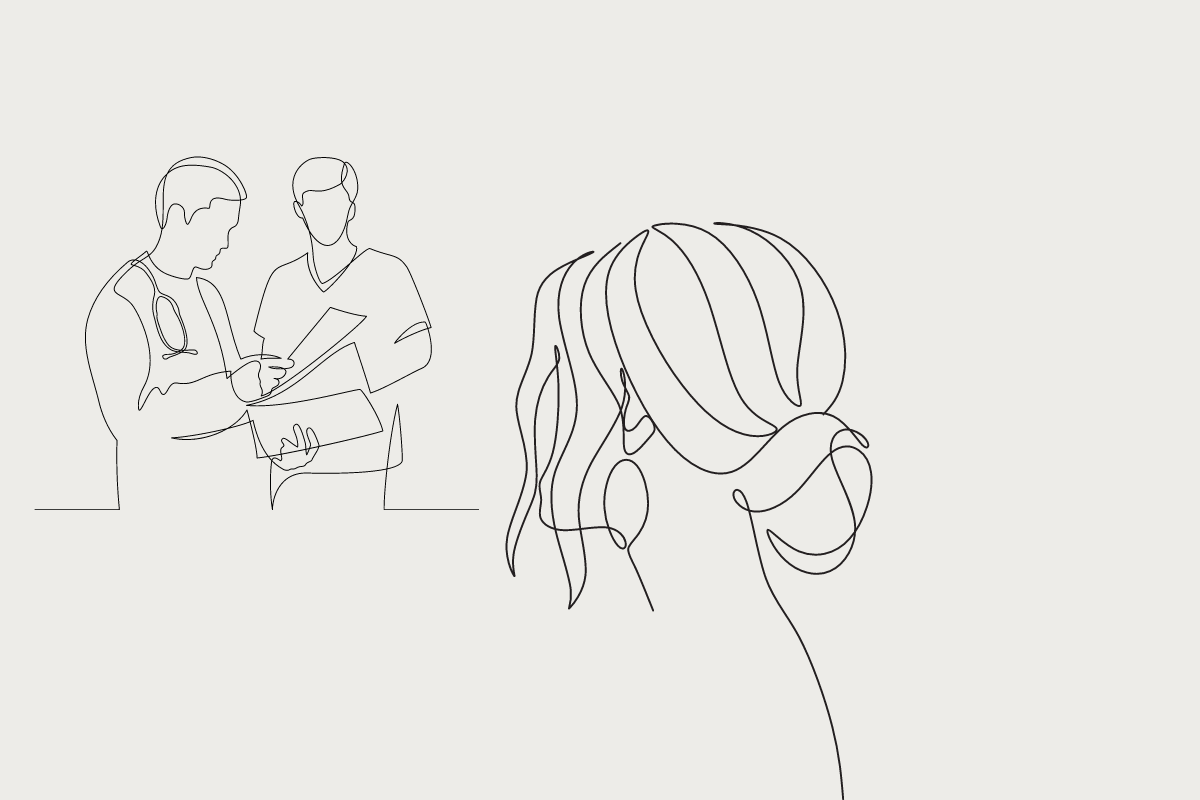 It wasn’t until a shift change a couple of hours later that everything was finally sorted out. When a new nurse (a woman this time) came in to check on her, Grace was finally able to explain her situation. The nurse sorted out the mess, and Grace was on her way home 30 minutes later. When reflecting back on the situation, she emphasized to me how bad it could’ve been. She said it was a time in her life when she’d felt extremely powerless and scared. So it was no surprise how grateful Grace was for the nurse who finally listened. A couple of days later, Grace even brought a cake to one of the nurse’s shifts as an extra “thank you.”

It’s important to understand how harmful situations like these can be. Not only can it foster an environment of mistrust and hostility, but experiences like Grace’s can cause medical staff to miss important information and leave the patient more powerless than before. A doctor can’t learn anything truly important about a female patient when they can’t even make eye contact with her. Especially if she has to constantly remind them, “it’s my appointment, not his.”

Next Article in This Series: "I'm Not Being Dramatic": A Look into How Men and Women’s Pain Is Often Percieved Differently